10 cents of every panzerotto purchased at I Love Panzerotti (Varick Street), run by Angelo Magni and Giovanni Bonati, will be donated to Mary’s Meals 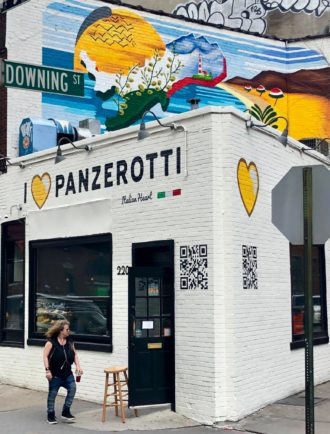 What pizza by the slice is to New York City, a panzerotto is to Apulia, the region of Southeast Italy making up the country’s eminent boot. There you will find yourself in grab and go panzerotti heaven, and it goes without saying, also in the supremely gorgeous South of Italy. Alongside it’s hypnotizing blue skies and crystal-clear beaches, there you’ll find the region’s fried, delicious, traditional fare – panzerotti.

Panzerotti, not to be confused with pizza or with calzone, is a crescent-shaped, deep fried turnover filled with cheese, tomato sauce, and toppings. And because Italians are so passionate about their food, when they realized Italian-American food capital Manhattan had no panzerotteria of its own, they decided to do something about it. When friends heard on Facebook that the aspiring New York-bound cousins wanted to open a panzerotteria in Manhattan, around 100 people in Italy crowdsourced it, and presto, panzerotto lands in NYC!

What seals the deal other than piping-hot dough is the eatery’s partnership with Mary’s Meals, an international charity charged with ending child hunger globally. 10 cents of every panzerotto purchased at I Love Panzerotti will be donated to the NGO. Which means for every panzerotto you order, a child will be fed for an entire day at school. “When I learned how little it takes, and how easy it is to feed a starving child I did not understand why more people aren’t doing it”, said Angelo Magni, co-owner of the eatery and a board member of Mary’s Meals.

The eatery’s menu includes around 20 panzerotti, from the “Classico” with tomato and mozzarella to a more sophisticated “TruffleHamShrooms” with mozzarella, truffle oil, cooked ham, and champignon mushrooms. Also featured on the menu are rotating specials, salads, and desserts – all prepared with fresh and organic ingredients, many of which are sent over from Italy. 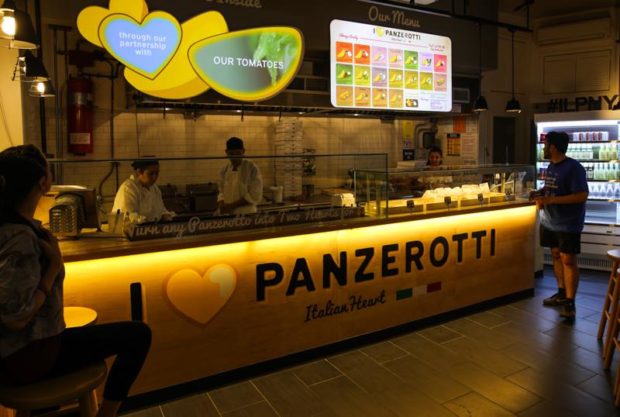 The space is intentionally interactive, with bar seating and augmented reality projectors where photos taken inside I Love Panzerotti and posted to social media, are placed into the actual surroundings of the restaurant in real- time.

Pope Francis Under Siege by Bannon, Salvini and even Ratzinger