A Fantastic Production that Would Have Been a Success Staged Elsewhere

Laurisse Sulty (The Rose) and Lionel Zalachas (The Little Prince)

Have you ever noticed how there are some storefronts or retail spaces where, no matter what business is begun there, no matter how well conceived, planned and financed,  invariably fail? Business after business—be it restaurant, grocery store or whatever—fails to take root, and within a short period after opening, the space is boarded up again. There seem to be locales in the theater world that suffer the same curse. 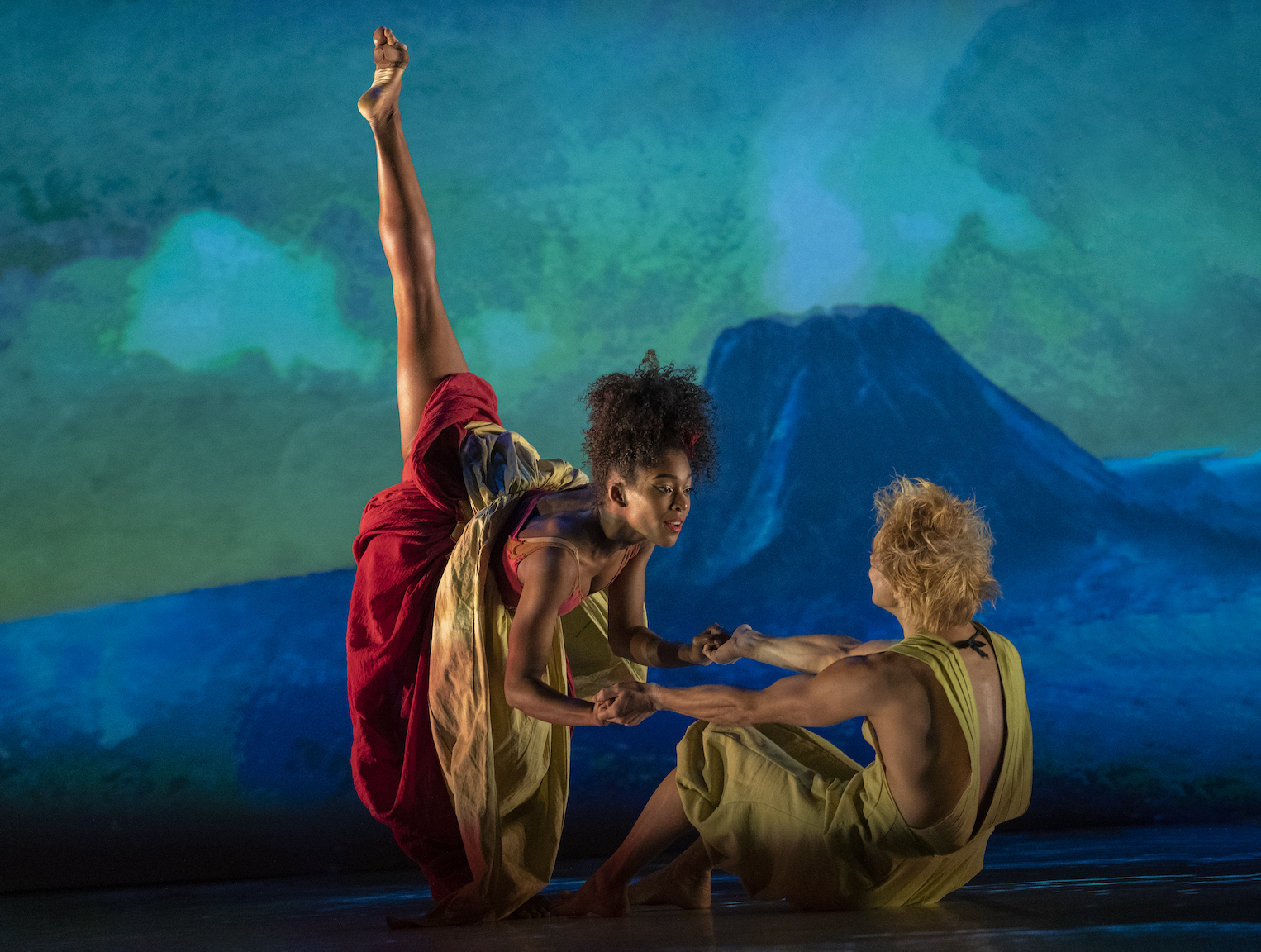 The Broadway Theatre, once the long-running home of Miss Saigon, seems to have had a string of unfortunate runs of Broadway Shows that should have been much, much bigger hits. The 2018 run of King Kong (the Musical) was a disappointment and even 2019’s revival of West Side Story failed to live up to expectations . . . by a lot. The latest production to take this hit (judging by the substantial numbers of empty seats at a recent performance) is The Little Prince, based on the beloved Antoine de Saint-Exupéry novella of the same name. Sadly, I’m not certain this fascinating production, that has been woefully mis-marketed, would have suffered the same fate (or been subject to so many tepid reviews) had it been produced in the right venue.

The Little Prince follows the narrative, rather faithfully, of Saint-Exupéry’s original story. The narrative is neither a Broadway-style musical nor play; rather, a sort of ballet or modern dance, movement piece in which the book’s numerous scenes are performed by dancers, acrobats and aerialists. It’s a tale of an aeroplane pilot (based in no small part on the author himself) who has crash-landed in the Sahara Desert following a mechanical failure. In a hallucination-like reverie (small wonder) he encounters a petite, blond-haired young boy, the Prince, who tells him of his planet and the adventures he has had, traveling from his tiny home asteroid: “One day I saw the sun set forty-three times! You know when you’re feeling very sad sunsets are wonderful.”

The Prince recounts the different planets he has visited to the narrator/pilot, and all the stories he tells contain life lessons or parables of our own world. There’s the Vain Man, the Drunkard, the Businessman, the Lamplighter and so on. His most important encounter is with the Rose, whom he loves and is eager to nurture: “I thought I was rich because I had just one flower and all I own is an ordinary rose,” he recounts. All the stories combine, ostensibly, to give the pilot lessons about life and personal values.

Because these parables are emotional and sensory-oriented they, like the book, need very little in the way of dialog and movement in a pleasingly effective way to bring the novella to stage. As the Little Prince, Lionel Zalachas puts in a remarkable and moving performance that strengthens throughout the production. The physical and energetic demands required for his acrobatics—flying through the air on wires and climbing unaided up straps hoisted over the stage—are impossible to imagine and he pulls them off effortlessly. The entire cast, in fact, demonstrates this same dexterity of fluid dance movement and superhuman aerialist strength. Laurisse Sulty as the Rose is particularly stunning in both grace and effortless beauty as she glides balleticaly across the stage and intertwines with the Prince.

Originating in France and having toured several countries before arriving in New York, The Little Prince is directed and beautifully choreographed by Anne Tournié and co-directed by the librettist Chris Mouron (who also plays the charming Narrator, who speaks almost all the characters’ words). The production is necessarily bolstered by Peggy Housset’s fabulous costumes—particularly the roses—that are both functional and transformative while maintaining the ethereal beauty of the story. And, essentially, Marie Juemlin’s video design—gorgeous, otherworldly and sometimes surreal backdrops that come alive—round out the production and allow us to travel with the Prince to his various worlds.

While the original story has always appealed to children and adults alike, the many children attending this Broadway performance seemed both perplexed and pleased, no doubt having expected a more traditional Broadway performance narrative, yet adapting. The adults didn’t adapt quite as well. Had The Little Prince been staged at BAM, St. Ann’s Warehouse or the Park Avenue Armory, expectations might have been utterly different and, I believed, would have been hailed a critical success. But the siren song of Broadway producers may well have doomed this production to a fate not unlike the Prince’s, living on one of a million stars shining down on the narrator.

The Little Prince. Open run at The Broadway Theatre (1681 Broadway, between 52nd and 53rd Streets). www.thelittleprincebroadway.com

Based in New York, JK Clarke is a writer, photographer and associate editor for theater review site, Theater Pizzazz and is a Drama Desk member and voter. He specializes in Shakespeare studies and productions.

75th Annual Tony Awards: A Glimpse into the Current Mood of New York and the US

What To See and What to Skip in New York Theater: The Play