Giuseppe Tornatore’s docu-film about the two fashion geniuses, “Devotion,” inspires an art and folklore festival that starts in Siracusa and tours Sicily

“Devotion” is the title of the documentary movie about the two fashion geniuses and ambassadors of Sicilian beauty, Domenico Dolce and Stefano Gabbana; directed by the Oscar awarded director Giuseppe Tornatore, that the two fondly call “Peppuccio” in the video introduction to the docu-film.

A special soundtrack was signed by the late Maestro Ennio Morricone, among the most appreciated artists of Italian music abroad and who, sadly passed away last month.

Dolce and Gabbana could not have chosen a better movie director, considering that Giuseppe Tornatore has always been close to the brand, directing iconic TV advertisements starring the divine Monica Bellucci. The Italian fashion couple starred in the movie “L’uomo delle stelle” (1995), as well.

“We love everything about Sicily: its colors, art, breathtaking landscapes, folklore, food, people and its absolute Beauty. 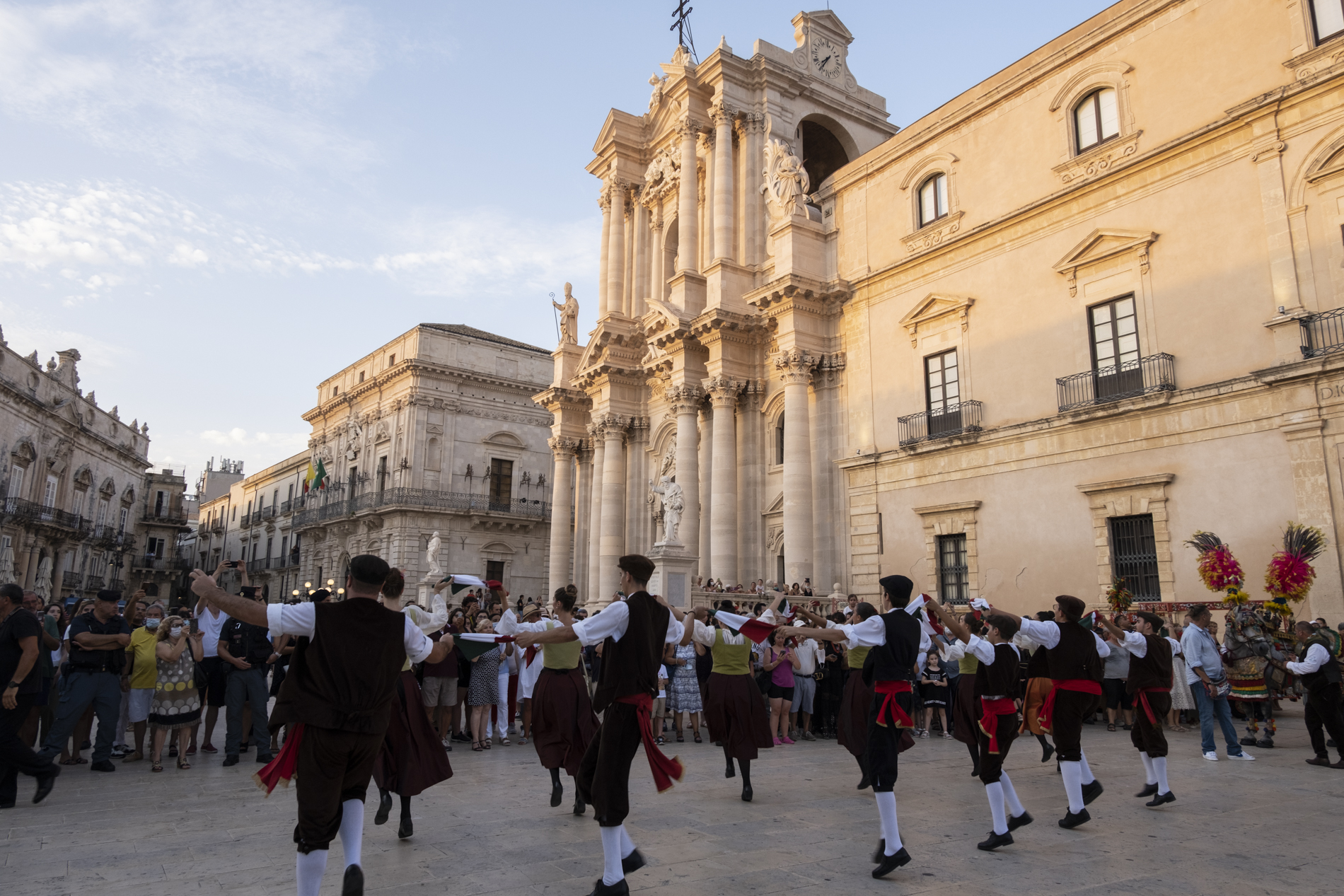 What we try to do with our job is to tell, highlight and hand down an extraordinary and unique cultural background”, declare Dolce and Gabbana, adding that “beautiful things must be always preserved”.

For their love and their commitment, the Sicilian Governor Nello Musumeci invited Dolce and Gabbana as art directors of an important itinerant project meant to promote the excellence of Sicily soon after the latest difficult months of coping with the Covid-19 pandemic that inevitably affected the Sicilian tourist season.

“Their creations contributed to spread worldwide a positive image of Sicily.

The innovation and the creative expression of their art are the best invitation straight to the hearts of eager travelers”, says Nello Musumeci.

The project, which is entirely sponsored by the Regione Siciliana, was inspired by the famous movie directed, again, by Tornatore, “Nuovo Cinema Paradiso” (1988), that incidentally, was restored by Dolce and Gabbana in 2014.

After the premiere of the movie shown at the Taormina Film Fest last 18th July, the first event of the project was held last August 1st in Ortigia, the heart of ancient and glorious Siracusa, whom Cicero described as “the biggest and most beautiful of Greek cities”.

“This is a marriage of love between the brand and Sicily”, declares Francesco Italia, mayor of Siracusa.  “It’s an honor and a pleasure to start from our city”.

There is no better place to celebrate the Sicilian inner spirit than the most picturesque square of the Trinacria, whether it is under ancient Greek columns, immense baroque churches or decorated fountains.

Fashion, music, and cinema at their best find the Sicilian squares and streets the perfect background. Sicily and art: it’s an endless and natural beauty pageant!

Beauty is Made in Sicily: Carlo Coniglio, the Designer who Seduces, Inspired by Dante

Tackling the Reopening of NYC Schools in the Fall: A Dilemma with Many Facets

Tackling the Reopening of NYC Schools in the Fall: A Dilemma with Many Facets