A Zoom preview at the Calandra Institute of the film by Marylou & Jerome Bongiorno that pits Elizabeth W. Powel against the Genoese explorer

These are hard days for Christopher Columbus. I’ve scanned the internet, curious to know how many statues and museums and commemorations in general were dedicated to the Italian navigator in the world, and the list is endless.

History has celebrated him for five centuries and remembers him as an Italian hero and genius navigator; an explorer of new lands who is somehow credited with the birth of the United States of America – as humorously portrayed by Roberto Benigni in the movie Non ci resta che piangere (Nothing Left To Do But Cry) in which, inexplicably finding himself in the year 1492, he tries to convince his friend Massimo Troisi to stop Columbus’ departure in order to prevent the discovery of the future America and therefore the birth of his sister’s inadequate boyfriend.

It is clear that the history from the discovery of the American continent to the birth of the American nation depends on other individuals and events; but without Columbus’ discovery, albeit an accidental one, things would have gone differently. It’s also true though, that it seems ever more evident that Columbus’ actions didn’t end with the geographical discovery of the “new continent” (new only to Europe) but that they played a crucial role in the subjugation and decimation of the indigenous people to benefit what was, in reality, a veritable European invasion of a land that who knows what it was called by its natives.

That’s why, since George Floyd’s murder and the last wave of the BLM movement, America has been forced (not for the first time but never as today) to re-read its history and its choices of celebration. At least 6 statues of the navigator have been torn down or vandalized in the US (Columbus, OH – Richmond, VI – Boston, MA – Baltimore, MD – St. Paul, MN – Kenosha, WI). He has gone from hero to “progenitor of the genocide perpetrated by Europeans upon Indigenous Americans… a slave trader, serial rapist and child sex trafficker who did everything in his power to attempt to exterminate them” (from the petition addressed to Kenosha’s Mayor to remove the Columbus statue – )

While erecting statues to the Genoese explorer, and opening museums dedicated to him, apparently a lot of things were ignored. There is still much to say about him, and many aspects and experiences to be recounted– and that’s exactly what Marylou & Jerome Bongiorno tried to do about a year ago. I chatted with the two Emmy-nominated, award-winning, husband and wife filmmakers about their last project called Columbus On Trial which will be coming out in the next few days.

Marylou is first generation USA-born but her family is from North Italy, Veneto. Jerome too is an American with Italian origins, Sicilian to be precise.

In 2000, after graduating from NYU’s Graduate Film School, Marylou, along with Jerome, established the indie film production company, Bongiorno Productions, in their home city of Newark, NJ. They focus on three things: fictional films, documentaries and museum installation art videos. They define themselves as committed to social justice and in love with history, two aspects that their films often reflect. Among their productions, the Emmy-nominated documentary Mother-Tongue: Italian American Sons & Mothers, in which Martin Scorsese, John Turturro, then-Mayor Rudy Giuliani and others, chat with their Italian mothers; multi-award winning Little Kings, a fictional feature film about the lives of three Italian American brothers; Hearing Voices, the first of a series of historical fictional movie in which the ghosts of inventor Antonio Meucci and General Garibaldi reunite in the present day at the home they shared in Staten Island, NY, in the 1850s; The Rule, about inner Newark city schools; award-winning Revolution 67, about racial riots happened in ’67 in Newark. 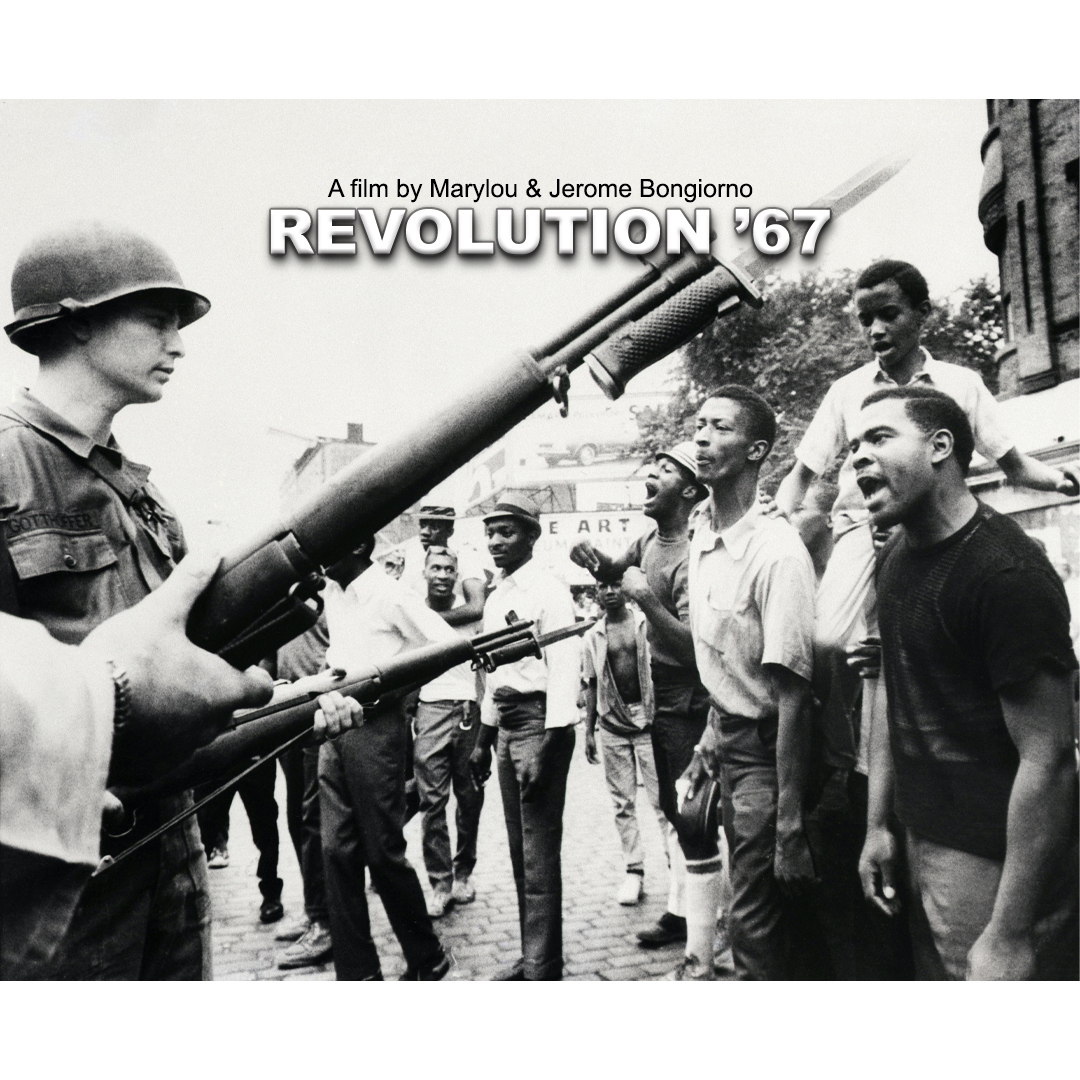 Where does your interest for Italian history come from?

M&J: “We’re interested in Italian history because of our Italian heritage and having many colleagues, family and friends in Italy, and also from filming, screening our films, and traveling in Italy. Many of our films reflect our Italian roots and certainly our Italian American identity. These attitudes were present in our earliest films, shot at NYU’s Graduate Film School, and continue to the present. Plus, the world’s best films and other art, music, literature, cuisine and innovations are from Italy.  Why is that? Can studying history tell us something about what makes Italy so great?”

The 27 minute fictional feature film Columbus On Trial uses a specific narrative mechanism which merges fiction and reality: Columbus’ ghost comes back to our days to be put on trial, in light of the new controversial aspects of his history. To try him, the ghost of Elizabeth W. Powel, George Washington’s confidante during his presidency.

Why did you choose to talk about Columbus, in July 2019?

M&J: “We filmed Columbus on Trial for 3 reasons:

#1 Columbus is very important to world history, he defines the beginning of a new era the way agriculture or Jesus defined epochs.

#2 He means a great deal to us since we are Italian Americans.

#3 He is a very controversial subject and we wanted to do the research and use primary sources, in order to set the record straight. We mostly relied on letters and journals by Columbus, Bartolomé de las Casas, Queen Isabella, politicians and historians who were living at the time of Columbus, including the accusatory report by Francisco de Bobadilla, the man who replaced Columbus as Governor of the Indies.  We also read many books on Columbus by contemporary historians and scoured the internet for articles and essays of both supporters and critics. We’re grateful for the film grant from the Russo Brothers Italian American Film Forum and the support of many Italian American organizations that made this possible. Joseph Sciame of the Garibaldi-Meucci Museum was a driving force.”

Why did you choose to make Columbus talk with Powel?

M&J: “While we were researching Columbus, we were also researching George Washington’s history as a slave owner, which Columbus was not. In reading about Washington, we came across a reference to socialite Elizabeth Willing Powel as being a political activist and confidante to Washington during his presidency. We were intrigued, saw her as a strong, smart, influential woman, and then we saw how this could bridge the film to contemporary times as we realized how interesting it would be to have an 18th century woman as the prosecutor of a 15th century explorer during the 21st century.”

Compared to the figure of Columbus already depicted in other biographies, documentaries and movies, in what way is your Columbus different, especially considering the delicate moment in which America is looking back at its history with a much more critical eye?

M&J: “Someone described our film as allowing for a deeper understanding of Columbus’s contextualized place in our history, with respect to the broad topic of race relations and nationalism. Our film is a balanced portrait that includes all the criticisms of Columbus. In making this film, we were conscious of Columbus the explorer being brave, intelligent, focused, and persistent (waiting so long for his expedition to be funded!). He was no doubt an outlier, and squarely in the vanguard of his times, who ushered the planet into a new epoch.  But through our research we also saw that he was a religious person and that this devotion motivated much of his exploration.  We also recognized that because he wanted to primarily explore, he shirked his responsibility as chief administrator, which ended up creating a cascade of deplorable conditions and behavior.”

So, is the movie’s approach critical about Columbus? And what is your position towards the character?

M&J: “The approach is truthful. We took allegations directed toward Columbus and used the info in the primary sources and others to answer them. We have the character of Elizabeth Willing Powel make and argue the allegations, and we have Columbus respond and counter-challenge her and then leave it to the audience to make a decision. We take no position towards any of the characters. We have them logically and passionately argue salient points.”

And what is your position regarding the demands to tear down the existing statues?

M&J: “This requires more research on our part before we form an opinion.”

After working on the movie did you learn anything new about Columbus or did you change your opinion about him?

M&J: “Yes, our opinion changed about Columbus because we did the research and are now informed. We understand the context of his times, his mission, and the events that he experienced.”

M&J: “We’re excited to be completing RUST, the third documentary in our 3Rs Trilogy on urban America featuring our home city of Newark, NJ, for national broadcast on PBS. Its subject is racism and solutions to poverty in inner cities. This was preceded by THE RULE and REVOLUTION ’67, which are on national PBS. Coming up, we also have more ghost stories inspired by “Love & Arguments”, featuring famous and influential characters (some with Italian roots). We’re also working on new fiction feature films and documentaries with social justice themes.”

If you are interested in knowing more about Columbus’ dynamics and you’re curious to watch him on trial before a persistent, determined and capable Elizabeth Powel, you can register on the following link to partecipate in the Zoom film screening and discussion.

On July 27, 2020, The Calandra Institute will host a Zoom screening of the documentary “Columbus on Trial: Prologue” (16 minutes) an  introduction to the feature movie that uses animation, images, and maps to show the historical and contemporary times relative to Columbus, and a 6 minute preview of the fictional short film, “Columbus on Trial”, introduced by the filmmakers and Broadway Robert Cuccioli, who plays Columbus. The Calandra Institute’s Dean Anthony Julian Tamburri will moderate a discussion with scholars Dr. Leslie Wilson and Dr. Fred Gardaphe, followed by a Q&A with the audience. We also mention the actress Sophie Sorensen as E. Powel.

You never stop learning and in the movie you might find information that you didn’t know about. It’s always better to know a little more.