An exhibit has opened at Ellis Island: "Sisters in Liberty: From Florence, Italy to New York, New York". How the Unification of Italy inspired two sculptors.

At dawn a van carrying a 551-pound Roman goddess resembling the Statue of Liberty crossed the bridge to Ellis Island after completing a journey by land from Kent, Ohio. A team of staff carried her body of resin and sand into a converted dormitory of Ellis Island, where they painted the folds of her toga and angular face, so that light would fall on her as if she were a statue chiseled by hand and completed in 1883, not 2019.

The statue, a commissioned copy made by 3D printing, will be on view for the first time during “Sisters in Liberty: From Florence, Italy to New York, New York,” a temporary exhibit at the Ellis Island National Museum of Immigration. The exhibit explores America and Italy’s ideas of liberty at the turn of the 19th century through the lens of two heroic public sculptures: Frédéric Bartholdi’s Statue of Liberty (1886) and her Italian twin, Pio Fedi’s Libertà della Poesia (1883).

After many emails, transatlantic visits and research, the U.S. National Parks Service and the Opera di Santa Croce in Florence, Italy succeeded in producing this long-awaited exhibition with the help of several other partners. The Italian Consulate General of New York hosted a press event led by Consul General Francesco Genuardi to kick off the exhibit and to honor the 200th anniversary of the US Consul General in Florence. The exhibit runs from October 18th through April 26th, 2020, and is the third ever done on the Statue of Liberty.  “We felt like this was an important exhibit,” said Diana Pardue, Director of Museum Services at Ellis Island. “It deserves to be up longer.”

The idea was born seven years ago in Florence, Italy. Two women strolled through the Santa Croce Basilica, admiring the tombs of Italian greats like Giotto and Michelangelo, as many American tourists had done before, including Ralph Waldo Emerson. When curator Paola Vojnovic showed Sarah Morrison, the US Consul General at the time, the tomb of poet Giovanni Battista Niccolini she asked who it reminded her of. Morrison saw a likeness to Lady Liberty immediately. “The light went off in my head. I wanted to know the connection between the two sculptures,” said Morrison.They knew the place to tell the story of these sister sculptures had to be Ellis Island. “It seemed like it would be an impossible task on both sides,” said Morrison, “But with dedication, they found a way.”

After years of research by four curators in Italy and the US, Giuseppe De Micheli and Paola Vojnovic (Opera di Santa Croce), and David G. Wilkins, Dr. Ann Thomas Wilkins, (Duquesne University), there is no evidence that the two sculptors ever met. But the shared influences on their artistic lives cannot be disputed as the six-room exhibit proves. Like the Statue of Liberty, which was commissioned in the wake of the American Civil War, Fedi’s sculpture is considered to be one of the first sculptures to symbolize the unification of Italy.

Because Fedi’s sculpture could not be removed from its home at the Santa Croce Basilica, Kent State University stepped in to fabricate a 3D-printed copy using neuroscience technology.  Kent State has the largest American university campus in Florence.

For the curators of Santa Croce, the creation of the 3D sculpture parallels the efforts of Bartholdi and Fedi at the turn of the century. “They were so innovative when they did this,” said Vojnovic, recalling how Bartholdi called upon the engineering genius of Gustav Eiffel when designing the Statue of Liberty. “They were playing with the media of the time, and now we’re doing the same thing.”

The exhibit also offers visitors a chance to play with the past. The Wick Poetry Center at Kent State University contributed a large touch-screen known as a “Listening Wall”.  Visitors can compose their own poems in real-time by selecting words from historic texts that are featured in the exhibit and in the Library of Congress. The Wick Poetry Center and Santa Croce worked together to choose documents that speak to liberty, self determination and democracy. Kent State plans on hosting more Listening Walls on their campus and one in Santa Croce to foster a global conversation on liberty.

For Diane Pardue, who has devoted decades to telling immigration stories at Ellis Island, this exhibit is one of many future international collaborations with Italy. “It’s important that Americans learn about Italian history and Italian connections,” she said. “This exhibition opens up a whole new history: we’re all thinking about revolutions and liberty.” 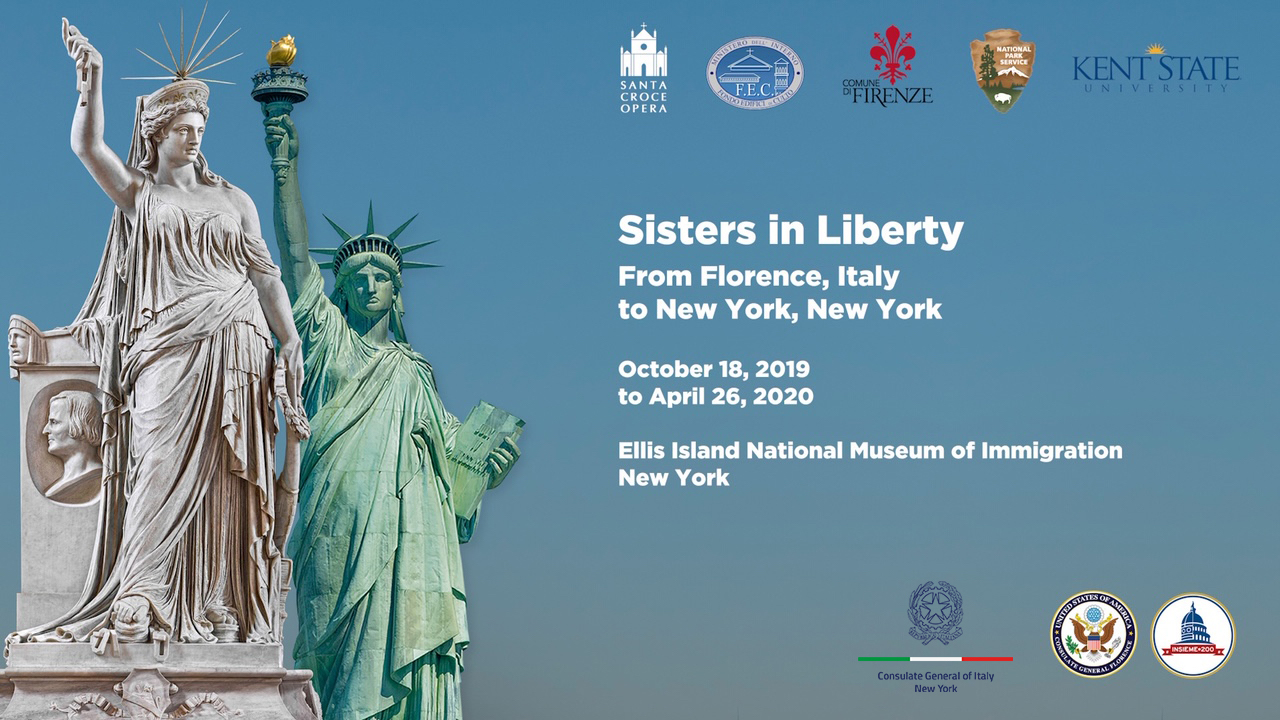 A conversation with the gatekeeper of Bamonte’s Restaurant

Salamé to Security Council on Libya: “I Am Angry and Sad to Report to You…”