The Academy of Motion Picture Arts and Sciences has announced that famed Italian director Lina Wertmüller will be among four artists to receive an honorary Oscar at the  11th  Governor’s Award Ceremony in October, 2019. I can only say: Finally! Hallelujah, Lina Wertmüller, at the age of 90, will be acknowledged with a well-deserved award for a career spanning more than six decades. 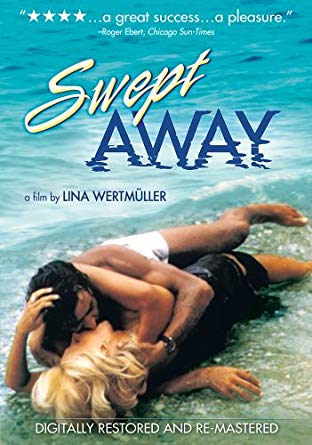 In 1951 Lina Wertmüller enrolled at the Accademia Pietro Sharoff in Rome. After gaining her diploma, she worked in the theatre with Garinei and Giovannini. She later worked as assistant director to Fellini on the iconic film,  8 ½ . She made her film directing debut with The  Lizards  (1963) but she became an international sensation with her phenomenally successful  The Seduction of Mimi (1972), Love and Anarchy  (1973), Swept Away (1974)  and Seven Beauties  (1975)  . Although all these films rocketed her to international fame in the 1970s’s, it is this last film, the critically and popularly acclaimed Seven Beauties, that is mentioned in the announcement of her selection for the AMPAS Award.

In the 1970’s Lina Wertmüller became so popular in the US that one Italian critic sarcastically dubbed her, “Santa Lina di New York”. Her career in America was meteoric; for the American public, she had come out of nowhere and taken America by storm. She was the first woman to ever receive an Oscar nomination for Best Director, (for Seven Beauties)  and the only woman of her era to be critically placed in the company of the greatest directors of all time, Fellini, Bertolucci and Visconti. Yet roughly five years after this artistic canonization in America, she was virtually forgotten in the US. This is ironic, because even though in Italy she did not enjoy the same rarefied respect as a director, she remained active and highly visible in many important theatre and television projects, and it’s not an exaggeration to say that over the years she has become a beloved “national treasure”. In any case, in Italy she has never been forgotten the way she has been in the US. 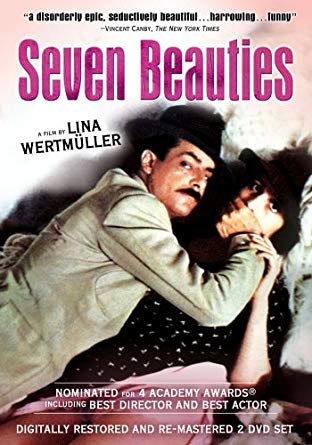 I dedicated many years of my professional life to the study of her major films, especially those of the 1970’s, and had the privilege of publishing the first—and sadly, the only, up to the present time—full-length monograph on her cinema, Man in Disorder, the Cinema of Lina Wertmüller in the 1970’s.

Even today it is incomprehensible to me why her cinematic career has not attracted a larger number of academics to produce serious studies, yet this is the situation. Therefore, I see this award as a small part of what is her due as a groundbreaking and unique director.

“The American public is very fickle”—as she herself told me when I interviewed her for my book. This is how she explained the sudden reversal of fortune in the US. Critics, on the other hand–myself included– have speculated that while she appeared to be a complete original to American audiences who were unfamiliar with the commedia all’italiana that formed the foundation of her artistic roots, Italian audiences were more than acquainted with her predecessors such as Pietro Germi, Mario Monicelli and Luigi Comencini. Italians saw her as only one of many to make films in that particular genre and style. In addition, on the political front, Americans were also not conversant with the Italian brand of Socialism/Communism that featured prominently in Wertmüller’s films and so they saw her as a forward-looking, leftist firebrand that brought something new to American cinema. Lina Wertmüller’s films, with their flamboyant and manic style and dark humor, fit neatly into the category of the commedia all’italiana that was so popular in Italy. 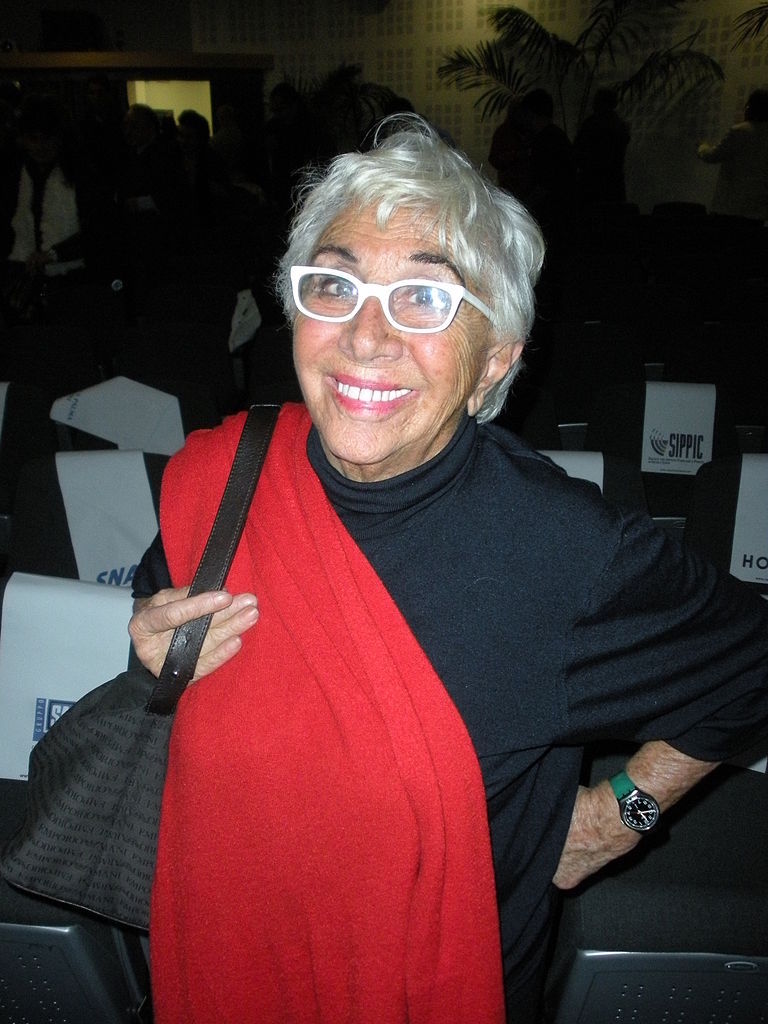 However, there are no easy explanations; everything related to Wertmüller is complex and she loved to create controversy. Much of this has revolved around her treatment of women in her films. Whether having them abused and slapped around (as in Swept Away) or grotesquely distorting their bodies using a fish-eye lens (as in The Seduction of  Mimi) given today’s intolerance of the politically incorrect, today scenes like these might have ended her career altogether before it even started.  In light of this, I find it particularly ironic that the reports mention that, “Her selection is not a huge surprise since AMPAS has been trying to emphasize support for women in its ranks in recent years….”

And today, when political correctness rises to the level of a fetish, it’s hard to think of Lina playing along and “being nice”. Not only did feminists revile her for the way she portrayed women, but she also offended for her so-called exploitation of stereotypes; principally the Southern Italian macho slob so brilliantly played by her beloved Giancarlo Giannini. 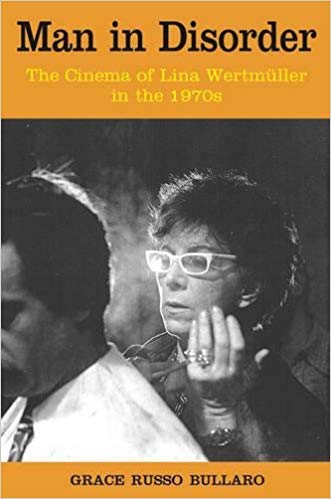 As I learned in my interview, in her love for making provocative, politically incorrect statements and for training a shrewd eye on social trends, the years did nothing to tame her.  In 2006, when I spent the greater part of two days at her apartment, talking about her movies and going through her closets looking for memorabilia to include in my book, I learned repeatedly that Lina had been, and continued to be, fearless. She created a controversy with every one of her films, yet she always remained herself, never gave in to the critics and certainly did not strike one as being terrorized for the future—as she claimed to be. It is gratifying that the exuberance and commitment that defined her as an artist and as a person will be finally recognized with an Oscar.

Grace Russo Bullaro, born and raised in Salerno, Italy, came to this country when very young. She holds a Ph.D. in Comparative Literature, and after teaching for more than 25 years in the English Department at City University of New York (Lehman College) is now Emerita. Her academic interests include cultural and intellectual movements. Her areas of specialization include American culture, identity politics in the US and Italy, and Italian cinema—with a particular focus on the work of directors Roberto Benigni, Lina Wertmüller and “migrant cinema”. She is the author of over 50 articles and 7 books in these academic areas. Among her books are: "Shifting and Shaping a National Identity: Transnational Writers and Pluriculturalism in Italy Today" and "The Works of Elena Ferrante: Reconfiguring the Margins". The latter is the first academic volume of essays published on Elena Ferrante’s fiction. And her monograph “Man in Disorder: The Cinema of Lina Wertmüller in the 1970’s” is to date the only full-length study of this important Italian film director. Professor Russo Bullaro is the Editor of the English Language section at La Voce di New York.

“The Garden of Allah”, Where Hollywood Stars Partied and Chased Their Dreams

If Roe v Wade is Overturned, We Should Fear for the Principles of Our Country

Microplastics Found for the First Time in Human Blood: What Does it Mean to Us?