Sailor, a Story of Immigration, Love, and Death in New York City

The cast and the production team for Sailor (Photo VNY)

Sailor was born from an idea that Mariagrazia De Luca and Elle Sunman came up with during a screenwriting class at City College.  Working on the play are directors Marc Scott and Josafat Concepcion, choreographer David Guggino, and New York-based actor Jonathan Iglesias in the male lead role.

Two young women, Mariagrazia de Luca, a Roman who was adopted by the Big Apple five years ago, and Elle Sunman, a Georgian actress and writer, came up with the idea for the play Sailor.  Elle, a New York transplant who grew up in Moscow, stars in the lead female role. 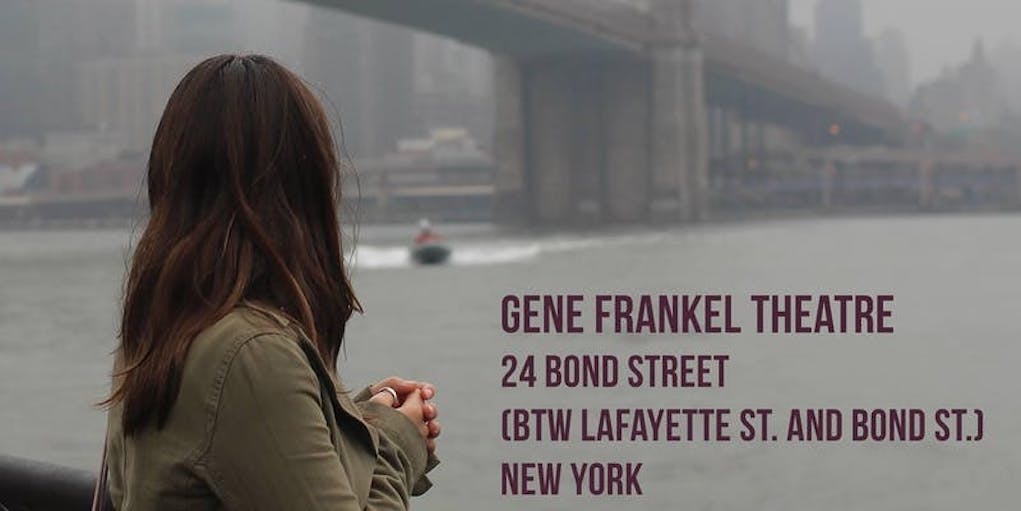 The play developed thanks to the collaboration of American director Marc Scott, born and raised in the Bronx, director Josafat Concepcion, a writer and theater director from the Canary Islands, and choreographer David Guggino, director of the music video “Transcendental” and collaborator of Jim Jarmusch for the film “The Dead Don’t Die.”

Jonathan Iglesias, a New York-based actor recently reviewed in The New York Times, supported the project from the start and defined the play as “a real story about the real world.”

I met with Mariagrazia at Caffè Reggio, in the heart of the Greenwich Village, a place that reminds me of postcards from the 50s, for its soft lighting, the cozy atmosphere, and, in a corner, the oldest cappuccino machine in town.
In Caffè Reggio one can smell the perfume of the thousands of untold stories, of all the different lives that met here and parted ways.
“The show is also my way of saying goodbye to the city, as I will leave in a few days to San Francisco. Sailor collects stories I experienced or that I listened to; in some case, I wrote them down on napkins where I was in restaurants, as I feared to forget them.” Mariagrazia told me.

The adventure started during a screenwriting course at City College and soon transformed into a 130-page long screenplay.  The entire writing process was impregnated with the smells and colors of New York City.  Sailor, filled with the feel of the streets of New York, was born at the Starbucks where Elle and Mariagrazia would meet for writing sessions.  They worked on the play together in Central Park, surrounded by the incessant human flux that walks the city every day, and perfected it in the their apartments where they stayed up writing until dawn.

The play tells the story of Sofi, an Italian woman who aspires to be a writer but is instead stuck in the daily routine of working in a busy New York restaurant; the story of Miguel, a delivery boy at the restaurant “Cantuccio” where Sofi works; and the story of Juan, a young man from Mexican who leaves his home country to work towards his dream in the Big Apple, but in reality ends up hostage of a street gang where his cousin forces him to work and who.  To redeem himself and change his life, Juan takes a job as a dishwasher.

Sailor doesn’t aim to tell the story of the New York’s bright lights and the organized chaos of Times Square.  Nor does it echo Frank Sinatra’s famous lines, “If you can make it here, you can make it everywhere.”  To make it here is not easy.  Sailor speaks of work, fatigue, and simply surviving the city where dreams fall apart.

The project is based on a sort of collective memory: memories of the city, composed of thousands of stories of people met in the street, at parties, and at the theater.  It feeds from the story of the community and gives life to the characters of Juan, Miguel, Sofi, and Doña Miguelina.

New York takes everything, but there is always a second chance.  It shapes and changes you, but it will not abandon you unless you let it.

Sailor is the story of all of us, of our failures and our successes, the story of how we face our dreams and how we must put them aside without ever forgetting them.  Sofi could be any young woman who comes to the city, believing in the power of starting over.  These characters are all of us, the humanity and the struggle to establish ourselves in the cruel and artificial world that we have created for ourselves.

The goal of Sailor is to explore immigration and to break the indifference and the silence surrounding the topic.  It hopes to give a voice to the voiceless by creating a collective conscience and acting as a starting point from which to further explore the theme.

In addition to giving us a story, Mariagrazia and Elle give us a fantastic opportunity: 20 free tickets for the readers of the Voice (write to deluca.marymary@gmail.com).

Sailor. A story of immigration, love, and death.

The Fight Against Smoking and Smoking-Related Diseases Starts in Catania