The Sound of Banda dei Carabinieri in Bryant Park

La Banda dei Carabinieri, lead by maestro Massimo Martinelli, performed at Bryant park on April 20th along with special participation from the NYC Police Band. This special performance by the National Band of Italy at NYC city’s Bryant Park (the band also performed  at Lincoln Center the night before ) coincided with the band’s official Washington visit at the Embassy of Italy which presented its program Protecting our Heritage: a Musical Tribute. 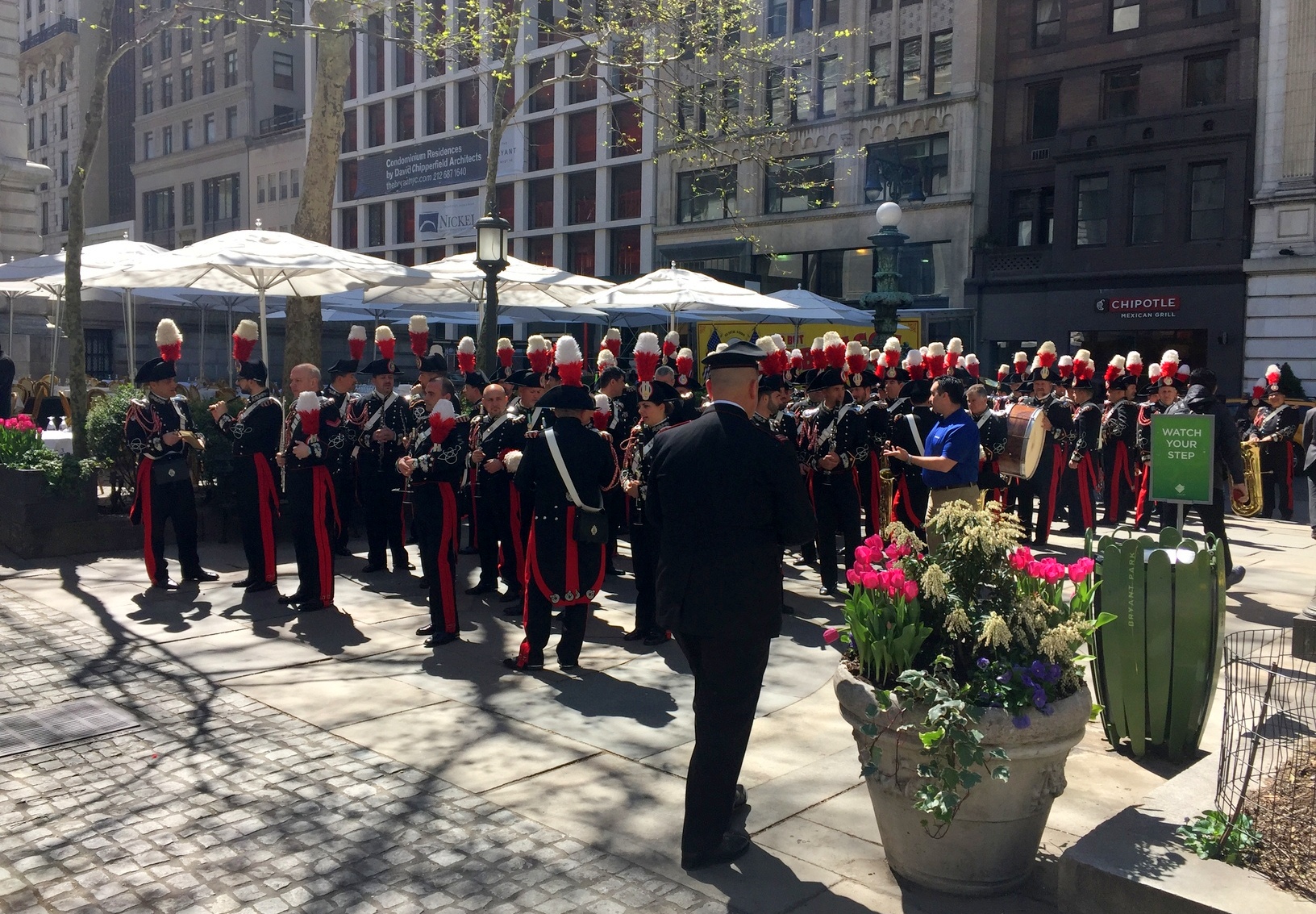 La Banda dei Carabinieri kick off  their North American visit on Sunday by performing at the Lincoln Memorial and then performing a concert on  Monday night at the John F Kennedy for Performing Arts Center.

The Band  conclude their North American tour with a concert in Toronto at the Convocation Hall at Toronto University Friday evening. 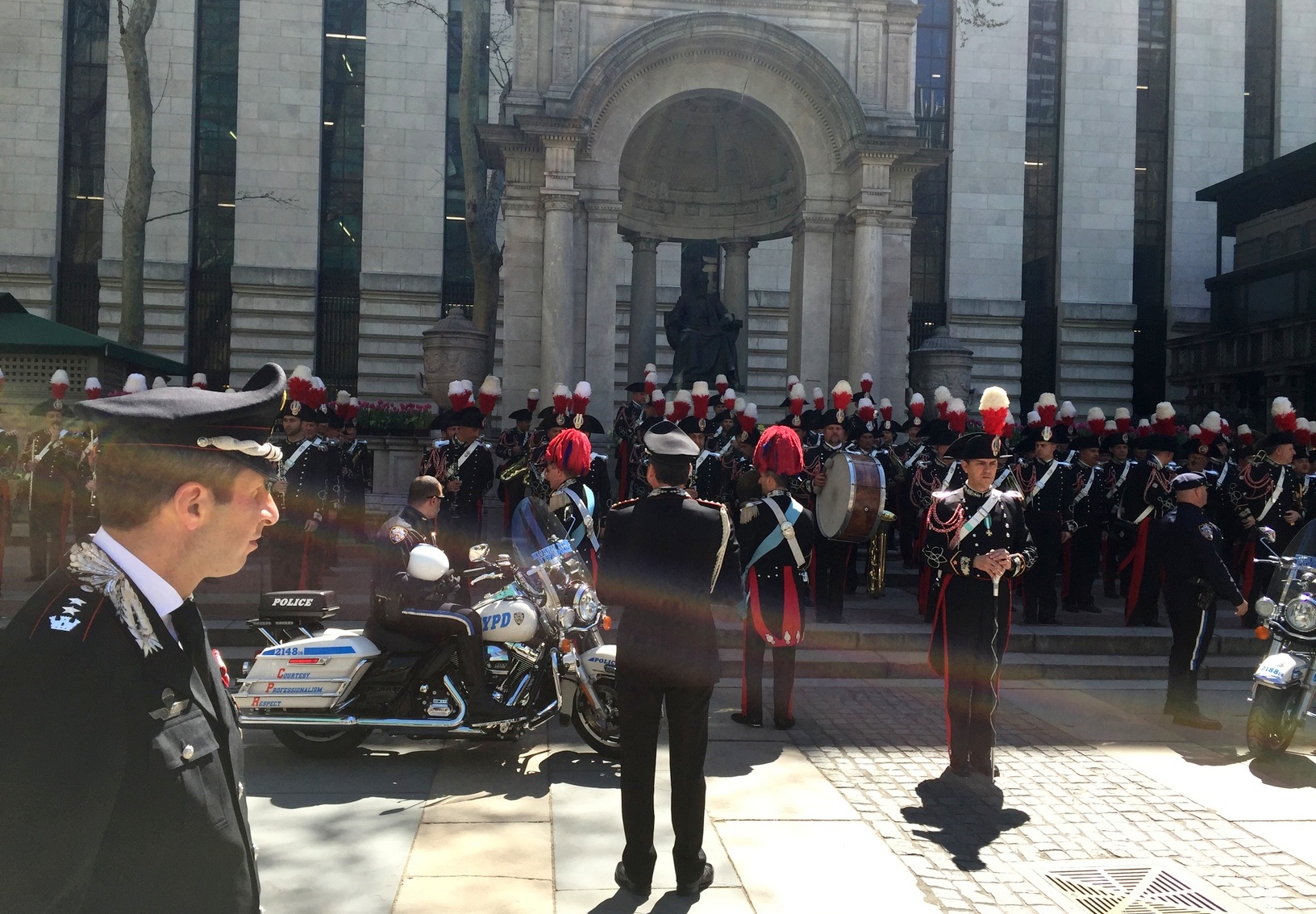