Populist Movements and their Impact on Western Democracies

Rising support for populist movements has been having a huge impact on political system of the last twenty-five years and has been disrupting the politics of the old political order of many Western societies. Many intellectuals and news outlets have found it difficult to explain the phenomenon because they focus on the impact on the political and institutional establishment from a defensive position. Some experts argue that the impact of populist movements/parties has been exaggerated. Others go to other extremes and articulate with ease labels like “polarizing forces” leading to Fascism or even Nazism without attempts of giving rational explanation of the real social and cultural causes.

It is important to see how these populist movements are affecting established patterns of party competition in contemporary Western democracies by identifying the factors and socio-economic and cultural conditions that shape their ideas.

We cannot hide the fact that they are having a huge impact:

In attempting to explain the emergence of these movements we should first define what is a Populist Movement and then what propels it. In explaining it, we must first recognize that our form of democracies are in crisis. Democracy is based on trust and the power to govern is given by consent of the people. Today, a great percentage of people have lost trust in the political system of many democracies. Many people feel betrayed and are angry, frustrated, disappointed, and react with repulsion against a “corrupted” political establishment. There has been a crescendo in the rising public cynicism and despair.

What form of reaction does this phenomenon acquire? Probably five core features could be identified:

Probably one of the strongest factors is the Anti-establishment:

We must ask ourselves what happened to representative democracy after the fall of the Berlin Wall. What happened to popular sovereignty? The legitimacy of mass democracy came into being because of the strong barriers between unequal wealth, on one side, and the need of equal citizenship on the other. In a democratic system the expectation is that economic life would be regulated in ways that allow owners and managers of property and capital to advance their commercial goals within the framework of law aimed at the common good.

After the fall of communism, today, there is no formal autocratic alternative competing with democracy for public allegiance. Democracy no longer has rivals, and therefore its capacity to be fair and to make good policy faces pervasive skepticism. With the end of the Cold War, constitutional democracies won global recognition; democracies were no longer energized by the external opponent but only had to reconcile with themselves; they have no legitimate competitors in the way citizens are represented through popular representation with their different views. Consequently citizens have lost confidence in political institutions

Today a high percentage of the population in America feels that wealth is not separated from political influence and representative democracy lacks a fair distribution of citizen power. Indeed, many people feel that there has been a de-democratization of our political process because of the neglect of the political system of collective good. There is strong skepticism of a centralized legislature removed from citizens. The consequential populism has driven politics on both the right (the Tea Party) and the Left (Occupy Wall Street).

Another widely-held view of mass support for populism is Economic Inequality e/o Economic Insecurity. Technological automation has had a profound impact on workforce and have created greater income and wealth inequality: the collapse of manufacturing industry; the global flows of labor, goods, peoples, and capital; the shrinking welfare safety-nets; the growth of power of multinational corporations and the erosion of organized labor, all contribute to economic inequality. Consequences of profound changes in line of production through high automation which reduces the workforce in societies in post-industrial economies are not easy to address. In America we must come up with another form of New Deal to respond successfully to the challenges of today and to reinvent democracy for the postindustrial age.

In the US we must recognize that there were two candidates who could be leading populist movements, Donald Trump and Bernie Sanders. They promoted some same principles, and they were far apart on others. Donald Trump taped into some of the same populist anti-elite anger articulated by Bernie Sanders when attacking big corporations, big donors, and big banks.

Donald Trump’s populism, especially his angry nativist rhetoric and nationalistic appeal fits the wave of populist leaders whose support has been swelling in many Western democracies. Trump’s populism was rooted in claims that he was an outsider to D.C. politics, a self-made billionaire who succeeded in capturing an insurgent movement on behalf of ordinary Americans disgusted with the corrupted establishment, incompetent politicians, dishonest Wall Street speculators, arrogant intellectuals, and politically correct liberals. Then he capitalized on the US strong fear for the crumbling National Infrastructures and lack of Modernization

Many citizens, including and above all those who have secure jobs and are well-off, feel that America has not had a systematic plan to invest in infrastructure since President Eisenhower. Here on Long Island, nothing has changed in the past fifty years. Just to give a few examples:

I have been living on Long Island in Stony Brook since 1970. In almost fifty years NOTHING HAS CHANGED. This frustration certainly starts to find expression at election time and a strong reaction was expressed at the polls this past November.

Another factor that energizes and has become part of the rhetoric of the populist movements is Nativism. Political correctness, nourished by progressive cultural and liberal social values, have irritated a high percentage of the population because it is perceived as undermining traditional values to satisfy the interest of a minority. Nostalgia for past glories, national self-interest over international cooperation, mistrust of outsiders and, therefore, closed borders over the free flow of peoples, ideas, labor, and capital are seen as aggressive invasion in the world that had nestled comfort and security. The attack on traditionalism is being seen happening with the support, and sometime spearheaded by the political establishment that in the absence of other strong ideological competitive forces for vote, as it was in the pre-fall of the Berlin Wall, scramble for votes on issues that affect society on a more sectorial bases. Since many people feel that the political establishment has abandoned them, the popular mood has come to emphasize faith in the wisdom and virtue of ordinary, good, decent people (the silent majority) over the ‘corrupt’, dishonest establishment/elites.

What gives energy to this popular mood in conflict with the political establishment and with those that present their views publicly is Internet. In the age of popular social media, people have the power to create their own forum where to articulate their frustrations, rebellion, and attack to the unresponsive established forces and institutions of power.

Internet, the most important information technological revolution since mechanical printing in the 1450s, unquestionably is having a huge impact because it is eroding the vertical structure of relationship of citizens toward sources of information by eliminating intermediaries and favoring the horizontal simplification of information and expansion of public participation. The consequence is the emergence of Web-driven political movements with no organized political structure. This constitutes a revolt against intermediary bodies, that is, political parties, lobbyists, and professional journalism.   While all this can be equated to direct democracy, it reflects the desire of citizens for unmediated communication with representative institutions. As Nadia Urbinati has indicated, “They reveal a deeper lack of trust in parties and traditional media than in representative democracy itself.”

This kind of environment is fertile ground for those who have the ability to feel the pulse of the people and articulate a public discourse that capitalizes on the issues that frustrate them. Certainly, the rhetoric may change from individual to individual, depending on the ultimate agenda, but it is relatively easy to get the attention of mass population who has become cynical and resents those who have made false promises for too long and therefore have lost their trust.

The danger of this phenomenon is that the frustration, anger, betrayal that people feel may find voice in a single individual instead in a collective body. An individual with the ability to atomize in catchy labels an agenda that capture the spirit of the people and galvanize them to accept and make them representative of their own frustration while making him/her their authoritative voice. Authoritarianism may emerge as the need of personal power exerted by strong and charismatic leadership who has to clean the swamp for the people.

How can we protect the Survival of our democratic systems?

Could democracies respond to the concentration of economic and political power in unregulated industrial capitalism?

Could democracy address the suffering of ordinary people when the wealthy and the powerful are not supporting a more equitable distribution of wealth?

How can we address the needs of a nation whose infrastructures are crumbling because the political and cultural establishment is not able to address them because paralyzed by the pressure of different political, cultural and intermediary bodies?

To survive, the old political establishment must come to term with the basic principle of democracy: government representatives must go back to the people where they were born and find in them the natural nourishment for their existence (tornare al popolo dal quale provengono).

In America, the House and Senate are presently paralyzed by party divisions, influenced excessively by moneyed interests, and perverted by the disappearance of civic virtue. Representative institutions appear unable to identify and address our most consequential public problems, including the politics of distribution, immigration, and the proper balance between liberty and national security.

American representative democracy needs reconstruction. No question that deliberative, populist, and plebiscitary instruments can invigorate representative democracy, but they cannot be substitutes for representative institutions. Alternative instruments may be deployed as partners but not as replacements for electoral competition and parliamentary lawmaking. Legislatures must remain in charge of making laws for the advancement of General Welfare. We badly need a robust debate about these questions. Yes, the quality of our political future depends on how we face the issues raised by populist movements.

The conference, scheduled for April 29 from 9:00 am to 5:00 pm will be held in the Simons Building, Stony Brook University. It’s free and open to the public. For additional information click here or call 631/632-7444

The Proceedings of the conference will be published in Filibrary Series by Forum Italicum Publishing with a grant from Fondazione Pietro Nenni. 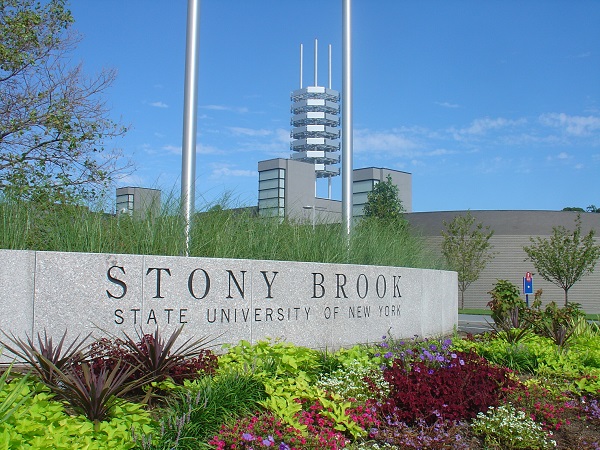 Federico Finchelstein, The New School for Social Research, NY: How to Think About Populism Globally?

Andrea Mammone, Royal Holloway, University of London: We Are The Future: On the Rise of Europe’s Far Right

Jonathan Anzalone, School of Journalism, Center for News Literacy, Stony Brook University: Is Fake News Another Name for Propaganda?  The Role of Disinformation in the Rise of Populist Movements

Columbus: Is He a Villain in a Culture of Villains?

Dear Readers “Kick Us Off” for Liberty

Populist Movements and their Impact on Western Democracies