Arianna Carossa: Can Aestheticism Be More Than Just Visual?

When she was fifteen years old Arianna Carossa wrote a letter to Leo Castelli. “I told him I wanted to work for him,” she says. His response? “You are very young. Find a gallery [to work for] in Italy, and then come to me.”

“I was disappointed,” recalls the artist. “When you’re fifteen you think you can conquer the world in two seconds. I was disappointed because he didn’t say, ‘Come here and work with me.’ Thinking back, I should have been happy he even responded!”

Despite her disillusionment, Carossa followed Castelli’s advice. She determinedly started working for an art gallery in Italy, but by the time she made it to New York seven years ago, Leo Castelli was dead.

That’s how that story ended, but a new phase in Carossa’s shifting artistic career was just about to begin. 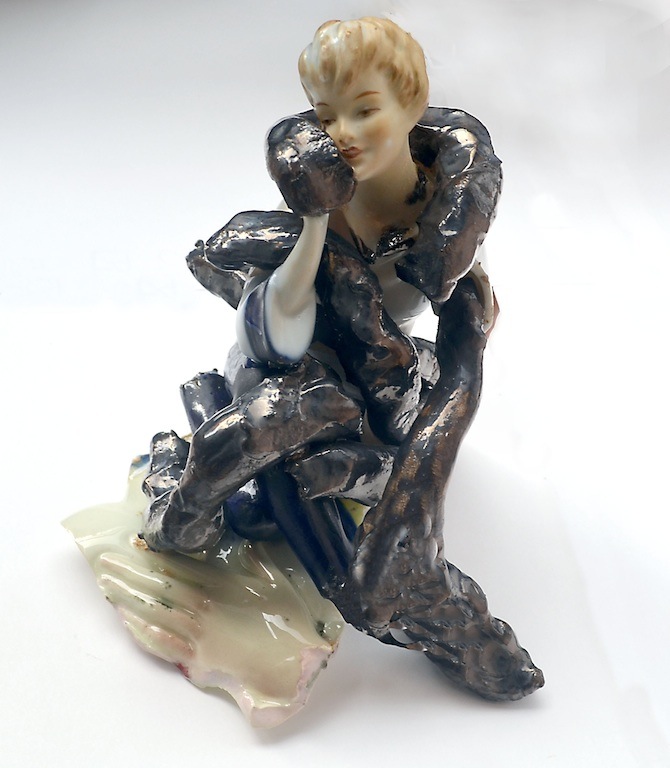 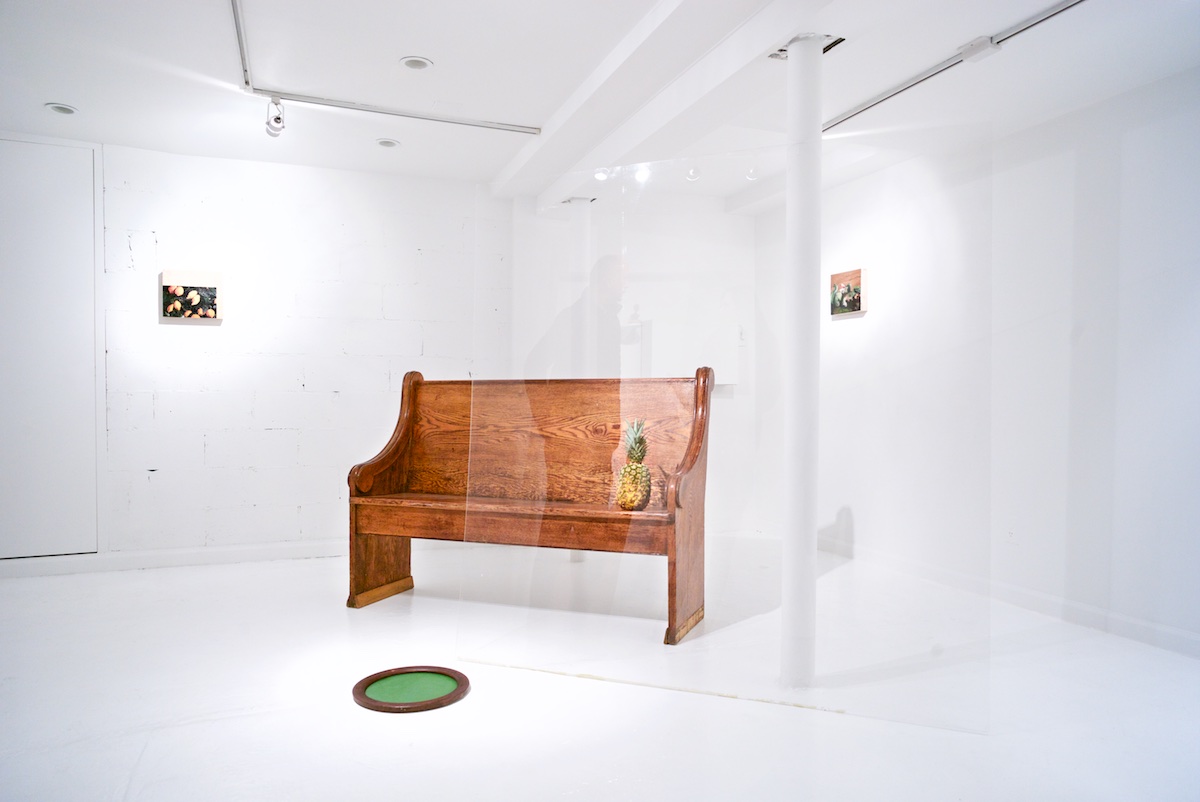 As an artist Carossa has valiantly followed her heart, fearlessly and rather unpredictably moving on to a new medium when another was no longer challenging her. Growing up in Genova, she started as a painter but after some time felt limited by the possibilities the canvas offered. Ceramics then beckoned her name, and her hands didn’t resist the call. Finally, she began to work with installations involving the use of furniture.

Then she moved to New York, and everything changed.

As a budding artist, New York City represented a dream for Carossa but the hard reality of it has proven to be quite different from the fantasy she had envisioned. “Living here, I’ve realized that I live in an eternal contradiction with this city. In a certain sense, I’ve brought it down to earth,” she says.

She finds faults with American society, not only from the point of view of an artist, but as a human being living on this earth in general. “I’m a communist. I believe that the individual needs the support of the state. I need to believe in a world that gives equal opportunity to all. One thing that I can’t stand about America is the idea of charity. I want it to be the state that gives money to those in need, and not a single individual. If the single individual gives money, he gains power. There are certain things that, in my opinion, should be guaranteed by the state so that people can live with dignity… they are education and healthcare.” 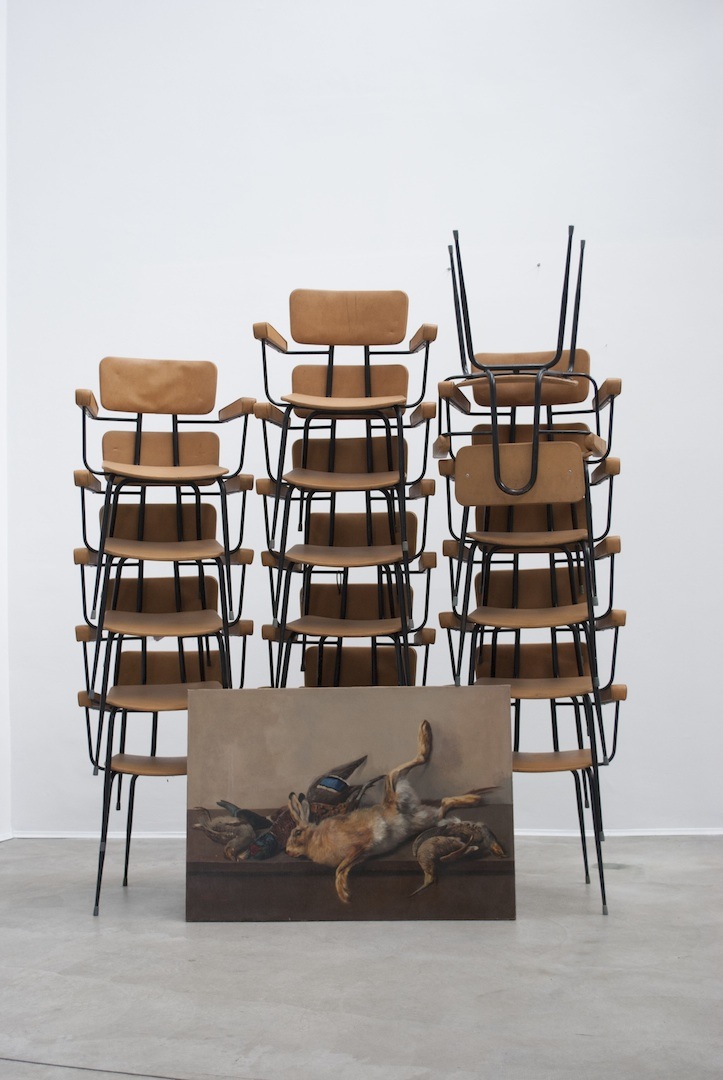 At the same time, the artist admits that living in New York City is a bit like a double-edged sword. While she feels as if she does not belong in American society and there are things she would change, the city offers her certain opportunities that she might not find elsewhere. In particular, New York has had an immense impact on her artwork, and is a big part of the reason for why she has launched her artistic career into a new, unchartered territory. “I feel richer since I’ve been here. Paradoxically, I’ve started to eliminate things from my work that were superfluous. It’s interesting because I’m in the city of abundance, of hyper-production, and I have diminished the production of my work in favor of a more concise synthesis,” she says.

If there’s one thing that rings true about New York City it’s that, as one of the cultural centers of the world, there is always something new happening, new to experience, a new exhibition opening to see. For Carossa, it’s all too much.

“While living [in New York] I thought, ‘What a bore!’ How much stuff… Images, images, images. How many images do we see? How many images are there in the world? How many art images? I couldn’t even go to another opening. I was full. Everything was the same,” she says. These mounting thoughts culminated in a book she published last summer titled, The Aesthetic of my Disappearance, in which she innovatively experiments with a new type of art form. Its publication marked a definitive turning point in the artist’s career. As part of the project she invited nine art critics to interview her about a hypothetical exhibition that would be displayed in a hypothetical space. They were then asked to come up with questions about said exhibition (which didn’t exist). The book represents the culmination of artistic freedom, so the more imaginative the scenario, the better. She elaborated with an example: “They might say, create an exhibition in the house of the Smurfs. Then they’ll ask me why I used certain materials.” The goal was to create an oral description of a work without actually seeing it. There was one question that Carossa wanted to answer: “Can aestheticism pass through senses other than eyesight?”

The book was launched at MoMA PS1 and sold at Printed Matter. The first edition was so successful that she is now working on issuing a second edition.

After the release of her book she moved away from the hypothetical and began applying her theory to real life exhibitions. She started working with a new type of art form that activated the different senses. Not only vision, but smell, hearing, and touch, too. After thirteen years of working with three-dimensional objects, Carossa at first struggled with this new art form. “It was like eliminating everything [I knew],” she says. 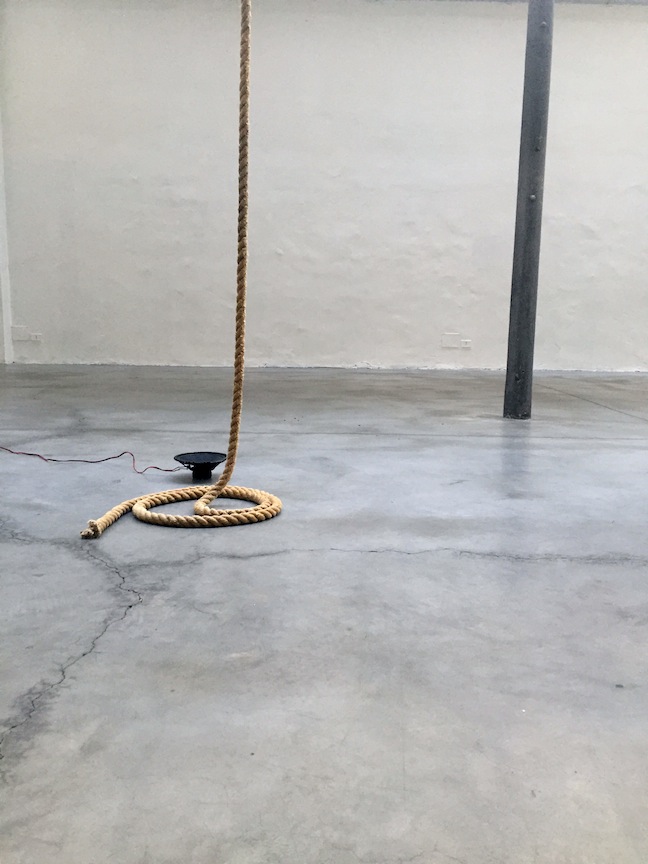 Most recently, she exhibited a show titled, I Funghi del Guru, at Spazio O’ in Milano, a non-profit space that often hosts live electronic music performances and works with avant-garde artists and composers. There were two objects presented in an otherwise empty gallery space which mimicked each other in their winding form: a rope and a snake. In the backdrop played two entrancing audio recordings of Carossa’s voice, one in which she repeats over and over again the word “Tegamino,” and a second in which she recounts the story of an Indian guru climbing a rope to the ceiling. Both recordings play at the same time, one superimposed over the other, Carossa’s voice hypnotically filling the visitor’s mind. The video of the exhibition can be found here.

The combination of these objects seems random when in fact they are anything but. In the creation of this exhibition Carossa was inspired by a fond memory from her childhood. When she was ten years old she was watching television and saw an Indian man climbing a rope. The curious child asked her mother what the man was doing and she responded, “Yoga.” Then Carossa asked, “What is yoga?” and her mother said, “It’s when you look at an object and become the object.”

Puzzled by this response and determined to see how it worked, Carossa took it upon herself to try. “I went into her bedroom, sat on the floor with my legs crossed and stared at the night table. When my mother came in and asked me what I was doing I said, ‘Shhhh… I am the night table.’” It’s a tender and comical childhood memory, but Carossa says that she is sure of having been that night-table, if only just for a few seconds. “At the basis I was using the left part of my brain. I was that night table. I recognized that which I feel when I draw, which is the immersion into an object that I am representing. This also happens during meditation,” she explains.

While there is no guru climbing the rope in the exhibition, the sound of the story playing in the background, combined with the presence of the rope pushes the visitor to imagine the guru climbing that rope without him actually being there.

For a new exhibition which she is still planning, Carossa has recorded the sound of horses neighing inside a factory. Her idea is to simply fill a space with the sound, which she will record on a vinyl, and accompany it with something that will recall the smell of horses. Rather than see the horses, through the activation of other senses (hearing and smell) the visitor will be able to envision them in her mind.

After constantly looking at new images, the mind no longer understands or appreciates what it is that it is looking at; the images lose their value and become meaningless. This is what Carossa fears, and it is what has driven her to establish a new art form that challenges visitors to experience art not only visually, but through other bodily senses. “In this hyper-production of images, for me there is a large risk, which is not the loss of reality, but the loss of the imaginary,” she explains. “For me, the idea of telling a work (rather than showing it) preserves the sacrality of the work, so that it exists in your mind, you can imagine it, but it is not over-exposed in the way that everything is today.”

Watch a video of the I Funghi del Guru show>>