The United Nations Travels to a Galaxy Far, Far Away…

There’s only one thing that could prompt UN Secretary General Ban Ki-moon to say, “From now on I want you to call me Obi-ban” in the United Nations Correspondence Association (UNCA) room at the UN Headquarters. That something, or someone is Cass R. Sunstein, former Obama administration official and Harvard Law School professor, on July 22 presenting his new book, The World According to Star Wars. 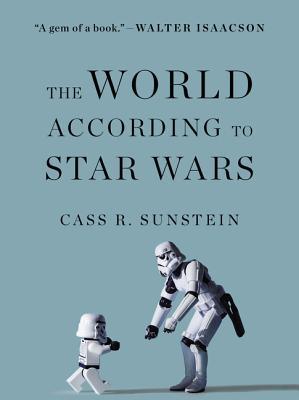 The event no one expected brought smiles to the faces of reporters in the UNCA room as Mr. Ban really milked his humor. “I’m also going to change the name of the UN intern program. From now on it will be called Young Padawans,” he joked. Don’t worry if you don’t understand the references–Sunstein’s book is for everyone, and if you decide to read it, you’ll learn more than just Star Wars trivia.

Husband of U.S. Permanent Representative to the UN, Ambassador Samantha Power, Cass Sunstein, who has previously only written academic books on constitutional law, offers readers a look into the world of Star Wars with lessons about fathers, lightness and darkness, rebellion, and hope in the context of constitutional law, economics, and political movements in our own world today.

At the event Professor Sunstein explained that it was actually his seven-year-old son, Declan, who sparked his new interest in Star Wars. The book is a celebration of the bond he and his son share through Star Wars and an homage to his own father who died when Sustein was 26.

“Wherever people find themselves in trouble, at some kind of cross roads,” which happens to everyone at some point in their life, the author assured us, “the series proclaims that you are free to choose. That’s the deepest lesson of Star Wars.” By this, Sunstein contends that we always have the ability to make the right choice.

So if you love Star Wars, or want to learn more about Star Wars, and/or want to have a greater understanding of the crises and sociological dilemmas of our world, then pick up Sunstein’s book. The whole thing might be a little silly, as suggested by Ban Ki-moon’s brief, yet respectful visit, but for people unwilling to pick up a daunting book full of political jargon, The World According to Star Wars just might be the read for you.

Ambassador Power did not show up to the event, however. Perhaps her geek husband at the UN could be trouble for her. Who would have thought Star Wars would make it into the United Nations Headquarters by an internationally renowned law professor? Perhaps the UN and it’s member states might just learn something from a galaxy far, far away.

Migrant Caravan: Does the Mainstream Media Think We Can’t Handle the Truth?

The Media’s Fake News Hysteria is Edging Us Toward Censorship

2018 Midterms: Searching for the Bigger Picture