UNCTAD Secretary-General Rebeca Grynspan spoke at the 13th International Debt Management Conference in Geneva on Monday delivering a message on the state of the debt crisis in developing countries. “Geopolitics, not economics, is now in the driving seat of globalization,” she stated. Grynspan called for action to address the ongoing “vicious cycle” of developing countries’ inability to keep up with sustainability efforts as they sink further into debt.

The UNCTAD approaches systemic debt risk by analyzing how countries can achieve development within the UN’s Sustainable Development Goals (SDGs) and the confines of public and private debt requirements. Grynspan highlighted the dramatic effects of this “impossible trade-off.” The UNCTAD finds the combination of rising global debt and tightening of financial conditions restricts developing countries as the approach to achieve debt sustainability does not align with the 2030 agenda and the Paris Agreement. 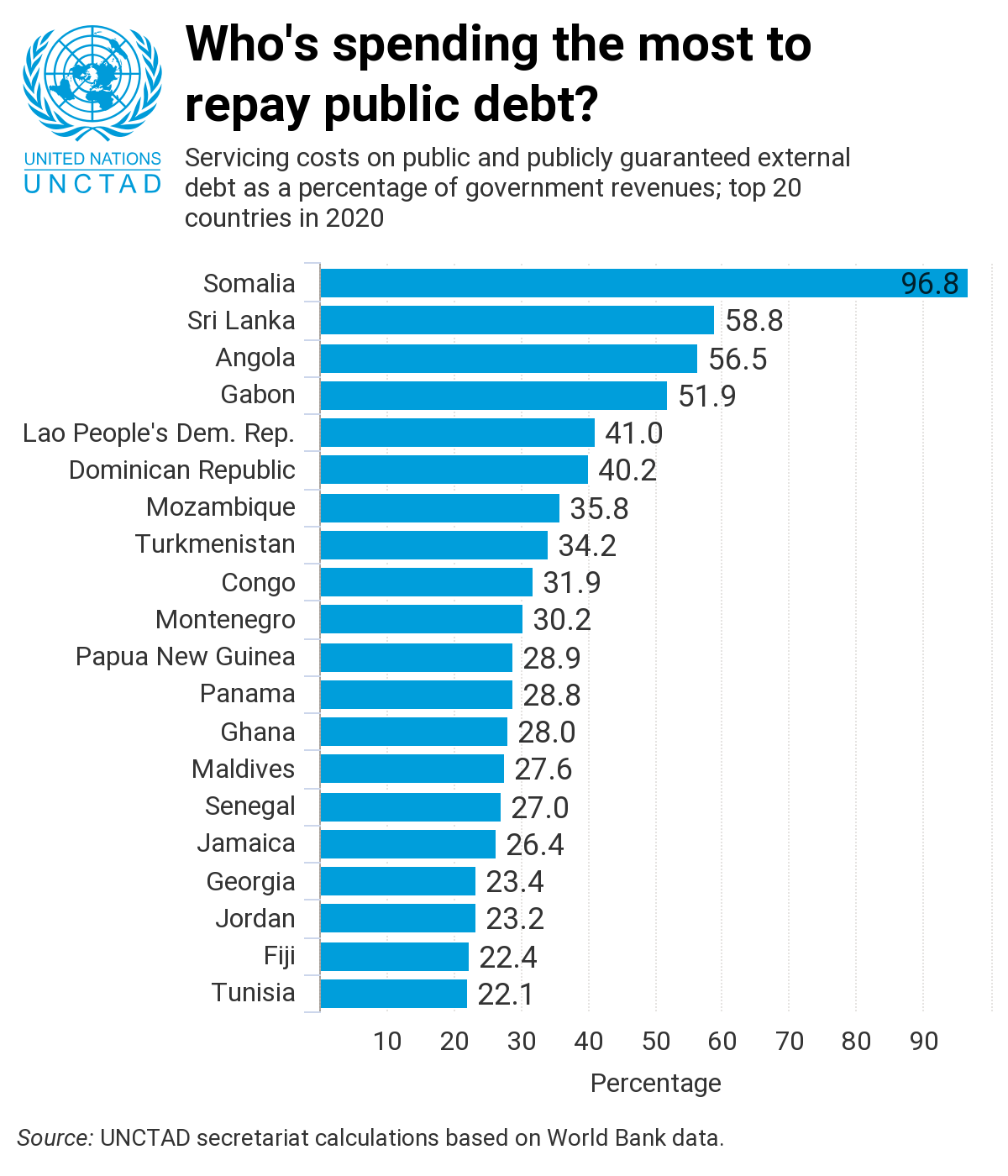 Grynspan explains this is not caused by a country’s poor management, but the result of a global systemic failure. The dollar’s appreciation coupled with the depreciation of currency in developing countries causes even greater strain on economically disadvantaged countries. “The magnitude of these figures shows the systemic nature of the problem we are facing, and systemic problems demand systemic solutions.” Many governments in the global south spend in their country’s currency but borrow in foreign currency, namely the US dollar, which leaves public budgets vulnerable to drastic depreciations, “This year, at least 88 countries experienced a depreciation against the US dollar as of the end of November. In 31 of these countries, the depreciation has been greater than 10 per cent.” In severe cases, like Argentina, this depreciation is exacerbated by hyperinflation as the Argentine Peso is expected to surpass 100% inflation by the year’s end while the dollar’s value strengthens.

The cycle accelerates: as investments increase for sustainable infrastructure and technology development, so do the increasing debt structures financing these investments. This creates a perpetually deepening trench between developing countries’ goals and their ability to stay afloat financially, leading to economic stagnation and a heavy liability to the wealthy countries.

Grynspan calls for a policy agenda to restructure the international debt architecture by prioritizing public-led affordable financing for long-term climate and debt sustainability, “At UNCTAD our focus is centered around promoting multilateral solutions in the areas of obviously, policy, capacity-building, debt transparency and debt crisis resolution and relief.”

The policy agenda drafted to reform the international debt architecture and scale public-led financing should be comprised of multiple components. A legal structure must be formed to restructure and resolve the debt crisis by all official and private creditors by protecting the economic capacity of the debtor countries. Additionally, establishing the Debt Management and Financial Analysis Programme (DMFAS) and adopting lending clauses contingent on climate events for developing countries would play a key role in managing finances, “Transparency would strengthen debt management, reduce the risk of debt distress, and improve access to financing.” A combination of public-led multilateral solutions and commitments including the establishment of an intergovernmental tax forum would be scaled to close the development finance gap, “Participation in this framework should be incentivized through the provision of debt relief link to a debt sustainability assessment that incorporates long-term financing needs, including for the achievement of the SDGs and the Paris Climate Agreement.”

Grynspan announced the UNCTAC will be proposing an independent review of the G20 debt agenda to the G20 in the UN Presidency. “Debt cannot and must not become an obstacle for achieving the 2030 agenda and the climate transition the world desperately needs”, Grynspan closed by emphasizing the urgency of the UNCTAC’s policy agenda.

The Race to Saving the Ocean Calls for “Super Action”

Quality of Life and Work Balance in the Post-pandemic World

Another Climate Summit? “No-Nonsense, No exceptions, No Compromises”