Sarah, Teaching English in Italy, with a Passion for… Pasta Fresca

Born in Santa Barbara, she lives near Bologna where she works as an English teacher and is studying Italian. She loves Italy and has a passion for Italian food 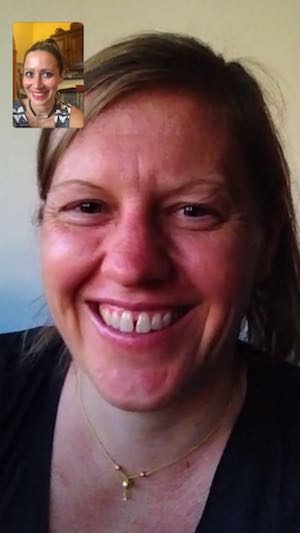 Sarah, how long have you lived in Italy?
“I arrived in Bologna in September 2017. Before moving here, my Swiss boyfriend and I lived  for two years in Thailand, where we taught English. One day, then, we said to ourselves: “Why don’t we go and live in Italy”? And here we are! It is not my first time in this beautiful country. Four years ago, I went for two months of vacation to the north of Italy: Trentino, Sud-Tirolo, Turin, Triste and Bologna. I really liked this part of Italy and that’s why I chose to go and live in Bologna. I would like to stay here for at least another four years. When I arrived, I did not know Italian at all and now I have reached a good level of knowledge of the language”. 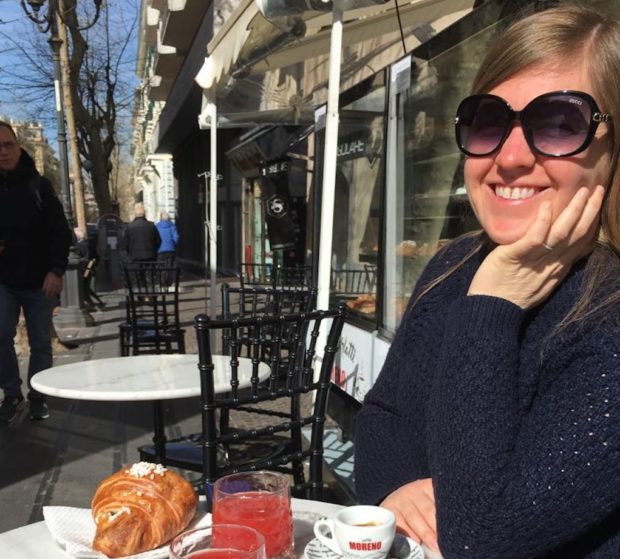 Tell us about ARCA, the Italian language school you attend.
“I found the ARCA Italian school https://www.arca-bologna.com on the internet and it immediately seemed like a good school, with excellent reviews. Lessons are only in the morning and there are never more than ten students in the classroom. The teachers of the school are all very good and prepared. From the beginning, my teacher spoke only in Italian and I did not understand anything. The course is twenty hours a week. In the classes there are many students who come mainly from the European Union: they are Erasmus students enrolled at the University of Bologna, who follow a month of preliminary language preparation for the courses that will follow at the university. There are also several Japanese, Chinese and some American students. The ages are varied: ranging from nineteen to retired students. Many students take a study holiday, especially in the summer. At least three times a week the school organizes various activities such as dinners, walks in the city and more”. 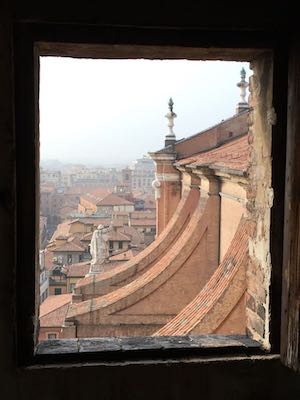 Also in Bologna you teach English. Can you explain to us what are the main similarities and differences in the learning process of the two languages?
“Yes, here I teach English, mainly to adults. As for the language I use in the classroom, I also use English right from the start and I think this is a fundamental approach to teaching a foreign language. Regarding the differences, certainly the English speakers have a great difficulty in understanding Italian grammar, since at school we do not study much English grammar. The greatest difficulties are the tenses of the verbs … it is very difficult for us to learn them and, above all, to use them correctly! Looking instead from the perspective of Italians who study English, I think the most difficult thing for them is the pronunciation, because it often does not correspond to the letters you read and this creates great confusion. However, I can say that Italians learn English quickly and are very good in class!” 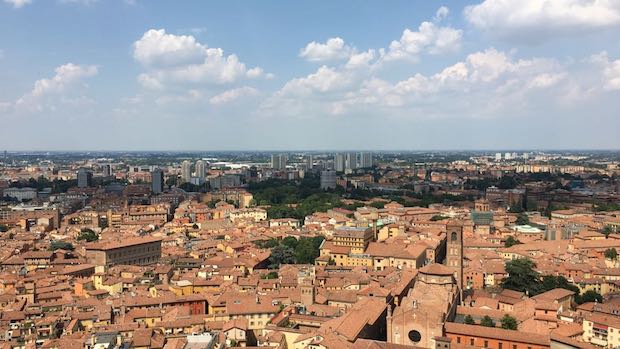 What other parts of Italy have you visited? And what do you love most about our country?
“Seven years ago I went to Sicily for a week and I visited Palermo, Trapani and Marsala. In Sicily I really enjoyed the food, in particular arancini, pesto trapanese and caponata. I also really liked the sea. I have visited north, south and also central Italy, but I must say that my favorite city remains Bologna, despite the humidity. In the USA I was also a cook and in Italy I enjoy preparing fresh pasta and cooking vegetables of all kinds. Then, of course I love pizza! I can say that since I have been living in Italy I have gained a little weight … but now that I think about it, maybe I liked eating in the USA too! However I love this country and I am happy to live there and I invite other students to come to Italy and, in particular, to Bologna because they will not regret it!”