Confusion Reigns at Twitter: Workers Say No Thanks to Longer and Harder Hours

Musk thought he would come in and clean house, employees have other ideas

Elon Musk is an A++ personality, one who is driven beyond any reasonable limit to grab the next gold ring on the carousel. That’s obvious from his level of success and from his arrogance in dealing with others—especially his employees. He expects nothing less from any of them.

After the soap opera saga that preceded the sealing of the deal at Twitter, he burst into the door (with the kitchen sink) and thought he would clean house, remaking Twitter in his image.

Now he is facing a new crisis at Twitter as a wave of employees seemed to reject his ultimatum of an “extremely hardcore” Twitter 2.0 or leave the company. Hours after a deadline for workers to check “yes” on a Google form accepting “long hours at high intensity”, it seems a large number of employees have rejected Musk’s vision. They would rather not sacrifice their lives for the glory of Mr. Musk. 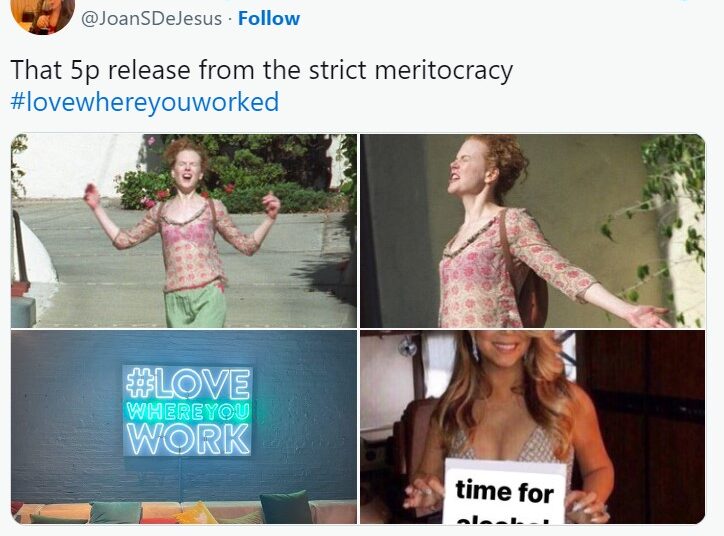 Exactly how many employees opted for severance over remaining at Twitter isn’t yet clear. The New York Times reported the number was in the “hundreds,” while other early reports suggest the number could be much higher. The departures come after Musk already cut 50 percent of Twitter’s jobs in mass layoffs. It seems that there is only one thing certain at Twitter since the Musk takeover, and that’s confusion.

On Twitter, dozens of Twitter employees who had survived the initial round of layoffs tweeted farewell messages. One employee tweeted a video of a group of workers inside Twitter’s office counting down to the 5pm ET deadline on Musk’s ultimatum. “We’re all about to get fired,” he said. Evidently these people were not planning to bow down to Musk’s dictum about working harder and longer.

As the deadline approached, Musk reportedly grew concerned about how many remaining employees could leave the company. After all, even a Musk enterprise cannot run itself. In a new memo, he appeared to walk back some of his earlier comments banning all remote work, though he still said he would fire managers if remote workers on their teams weren’t performing.

But it seems the concession wasn’t enough for many at Twitter. The departures raise new questions about whether the remaining Twitter engineers will be able to reliably keep the service up and running. Current and former employees are already speculating that the latest exodus could further put Twitter’s ability to function at risk, especially with the start of the World Cup a few days away.

Twitter no longer has communications staff, but Musk so far hasn’t publicly commented on the resignations.

Chinese Spy Balloon Hovers Over Montana, but Who’s Watching Whom?

George Santos to Recuse Himself From Committee Assignments

Saudi Prince MBS to Get Immunity from Lawsuit Over Khashoggi Murder

An Angry Trump Starts His 2024 Campaign: At a Salem, MA High School

Saudi Prince MBS to Get Immunity from Lawsuit Over Khashoggi Murder