Coronavirus: the Italian Guide for Children That’s Been Running All Around the Globe 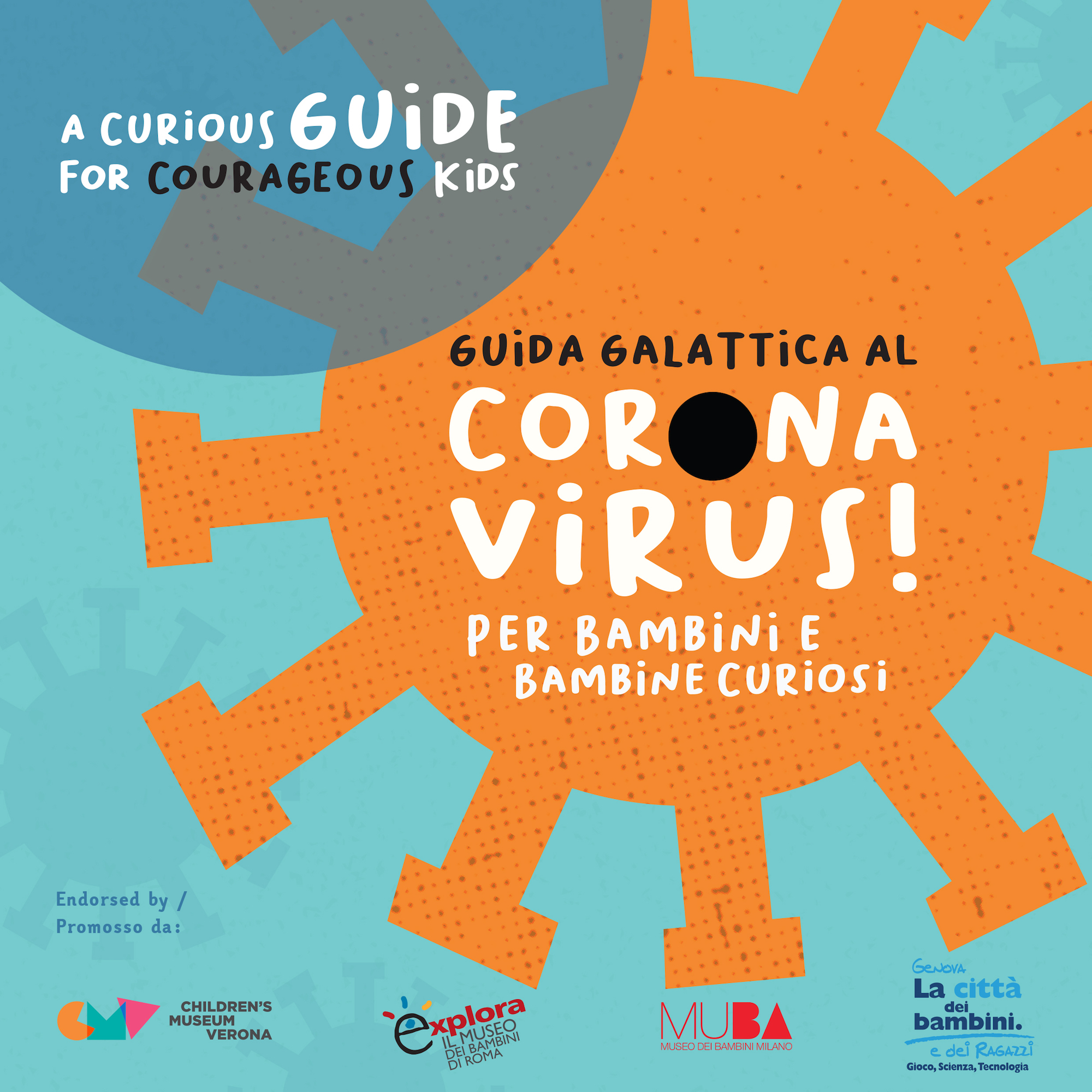 In the hardest times the synergies increase, giving birth to new bridges and links between people. So it happened that the four Italian Children’s Museums (“Children’s Museum” in Verona, “Explora il Museo dei Bambini” in Rome, “MUBA – Museo dei Bambini” in Milan and “La città dei bambini e dei ragazzi” in Genoa) networked and promoted the “Curious guide for courageous kids” dedicated to children and their parents, to make them better understand what’s going on.

The draft has been submitted to the international association “Hands On!” (International Association of Children in Museums) and they liked it so much that they’re spreading it all around the world. Its special feature lies in the bilingualism: the guide is always in two languages, Italian on one side and on the other you can read English, German, Indonesian, Arabic, Chinese… because for culture and knowledge, as well as for the viruses, there are no borders.

Curious Guide For Courageous Kids is a unique, free and downloadable online support for families made to help them to explain Sars-CoV-2 to the kids. It is told in a way that evokes the great stories for children: a microscopic enemy to defeat that comes from far away, doctors and scientists who turn into superheroes, and the necessary preventative actions are explained to the little readers almost like a game to share with everyone for the sake of the Planet.

The message is clear: knowledge, consciousness and knowledge-sharing help us to better face hard situations. “The Children Museums cater, by nature, to the little ones who are the future of our nation. So we have the chance, at this terrible time, to teach them civic values and trust in the scientific approach” said the four directors of the museums, virtually gathered to broadcast this valuable tool.

The idea of bilingualism was born from the international outlook that these museums are used to having, because of  their many foreign visitors, and also for the chance to talk a bit about our country,  which even now counts culture as its “first export product”.

While it is true that the Renaissance started in Italy, this is a way to remind us and the rest of the world of this, through this guide, and to help thousands of children to understand exactly what is really going  on.

The guide is available in Italian and English on each member Museum website.

Our  goal is to translate it in as many languages as we can, in order to let all the kids in the world read and share. That’s why the four Museums are looking for native speakers from all over the world, who can cover the missing languages.

Coronavirus: the Italian Guide for Children That’s Been Running All Around the Globe