Epstein’s Suicide? No Surprise. But Maybe Even Too Many Reasons to Consider

Even with aggressive suicide prevention measures, inmates find ingenious ways to succeed. What powerful motivators could have pushed Epstein?

Epstein’s suicide is no surprise, but the questions are: what caused him to kill himself and was he influenced to do so? Throughout my 29-year experience with the NYDC, I have unfortunately, responded to and investigated, many inmate suicides, and I have found that while aggressive suicide prevention policies do work, it is only up to a certain point.

It’s staggering to know that every year there are about one million suicides worldwide—40,000 of them in the US, and 300 of these in American jails.    Even more staggering is to know that 80% of the latter occur right in the cell.

Epstein committed suicide in the MCC, a federal jail in downtown Manhattan, under the authority of the Bureau of Prisons (BOP), where pre-trial inmates are held.  Based on media reports, he was removed from suicide watch two weeks before his death. There are also media reports that indicate that correction staff did not conduct the required 30-minute checks on Epstein and that BOP correction officers were forced to work an overwhelming amount of overtime, leaving them exhausted and less effective. Further, there are allegations that the federal jails are using  other BOP employees t perform the duties of correction officers because of extreme shortage of staff. This is indicative of poor management by the BOP at the highest levels, and they are rightly taking the heat.

Most people think that when an inmate commits suicide by hanging, he or she hangs from the ceiling. That is usually not the case. I investigated an inmate suicide where the inmate, in his locked cell, was found dead in the morning, lying in his bed as if he were sleeping, with a plastic bag over his head and asphyxiated. Although correction officers must check for signs of life, during a midnight tour this type of suicide is difficult to detect, especially when the inmate is covered with a blanket. After this incident all plastic bags were confiscated from the inmates and prohibited.

I responded to inmate suicide where the inmate had lifted the metal frame of his bed, stood it upright, and tied one end of a sheet to the top of the frame and the other end to his neck. The bed frame and inmate were facing the cell door, easily visible from the outside of his cell looking in.

He was discovered almost immediately by the Correction Officer conducting a change-of-tour count, yet still died. This inmate apparently wanted to die, but also wanted to be discovered quickly. After this incident all bed frames were checked to ensure that they were secured to the floor.

In another suicide attempt an inmate tied a sheet to the side of the cell door frame about halfway down and hanged himself while in a sitting position. If you walked by his cell and looked inside, you would think he was simply sitting on the floor of his cell, which is not uncommon in jail. 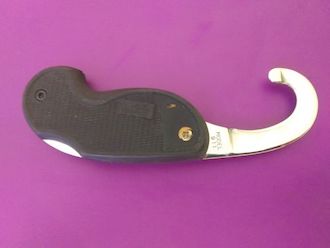 Suicide prevention is a high priority in NYCD. There are different levels of inmate supervision, depending on the medical and psychological assessment by medical staff. The highest level of suicide watch is called “one-on-one” observation. Here the inmate is observed 24 hours a day by a correction officer. In addition, NYCD has inmate Suicide Prevention Aides (SPA) that assist correction officers. They are there to notify the officers of any behavior or activity indicative of suicidal ideations and to communicate with the inmates to detect any suicidal potential. Further, every correction officer in NYCD carries a “911 knife” on their duty belt. This knife is designed solely to cut down an inmate that is hanging. Its blade is curved like a horseshoe to prevent it from being used to stab someone, should it get into the hands of an inmate. All three of the aforementioned policies have proven to reduce inmate suicides in NYCD.

Based on media reports, Epstein had one end of a sheet tied to the bed in its normal position and the other end to his neck while leaning towards the floor, eventually asphyxiating. Although proper 30-minute checks on him may still not have prevented his suicide, he would have been found sooner, making the BOP less culpable.

The risk of suicide increases in jail because of the unique characteristics of a jail environment. Namely, isolation from family and friends, an authoritarian atmosphere, dehumanizing aspects of prison, the shame of incarceration, and the fear of the unknown. Hence, every inmate is a suicide risk to some degree. Add to that some potential predisposing factors like mental illness, a possible long sentence, the loss of lifestyle, substance abuse, extortion, same-sex rape, fear of attack by other inmates, and the risk of suicide increases dramatically. Furthermore, in the prison culture pedophiles and government informants are most at risk of attack by fellow-inmates.

Epstein was a notorious pre-trial detainee charged with sex crimes against minors and facing a 40-year sentence. He was placed on suicide watch for a short time, then removed. He was the quintessential target, and was likely being extorted by other inmates because of the infamous criminal charges, notoriety, and wealth.

Many times, inmates commit suicide immediately after receiving news through a phone call or visit. It is possible that Epstein was stressed out over losing his fortune to lawsuits brought by his victims, or the pressure to identify his rich and powerful friends that were implicated in his nefarious activities that victimized young girls.

Or he may have believed that his death might ensure that his fortune would still go to his beneficiaries instead of his accusers. He may have been trying to resist the pressure of cooperating with the government against his powerful cronies, or fighting the temptation to negotiate a better and safer prison after sentencing in return for his testimony. All these are real possibilities. They are potent motives that might influence any inmate to commit suicide—especially a high-profile one.

Will Epstein’s beneficiaries get to keep his fortune or will his victims be compensated? Will his rich and powerful pedophile friends, who were complicit in these crimes remain unnamed or will they be brought to justice? Epstein’s suicide may be no surprise, but will we ever know if any of these compelling reasons—or any one individual—have acted as a catalyst in bringing it about?

Give Adams and Molina a Chance to Fix Rikers Island

The Violence at Rikers Island: An “Insider” Clears Up Some Misconceptions

What’s Behind the Recent Spate of Crime and Violence in the New York Subways?