Rethinking Europe. Ideas of the Future of the European Societies and Institutions

In the last years, a deep crisis of the sense of belonging to Europe has spread. In order to save Europe, we need to rethink it

European institutions are a kind of socio-cultural miracle – in a relatively short time an abstract administrative entity has been transformed into a deep meaning shaped the subjectivity of millions of people: what they believe they are and will become. In so doing the European project has shown that identities (firstly, territorial and ethnic identities, but not only these) can go together with a universalist breadth that seeks to transcend them. Indeed, the events of the last few decades of the European Union show that it is possible for identity and universalism to foster each other and in so doing make democracy and peace a reality:  several generations of people living in Europe have felt themselves to be Spanish, Italian, French, Greek and so forth and for that very reason they have seen and thought of themselves as European.

In the last few years this process seems to have been interrupted. A deep crisis of the sense of belonging to Europe has spread – distrust in European institutions, weakening of the cooperation among European countries, electoral growth of Eurosceptical parties are just some of the symptoms of the crisis of the European project. The very fact that European institutions have become a matter of debate, with any electoral competition transformed into a moment of truth is something that would have been unthinkable literally no more than fifteen years ago. Last April, in his intervention at the European Parliament, the President of France Macron spoke of the risk of an “European civil war”, as a result of the prevalence of selfish interests being on what keeps Europe united.

The political crisis of the European institutions goes in parallel with a sort of a general anthropological drift that has brought identity to the foreground with its defence against the other as the fundamental measure and scope of interpersonal as well as social relationships. Signs of such a drift – the rise of far-right and/or populist parties, waves of xenophobia, more or less soft forms of racism, no-immigration and no-Romani rhetoric, religious radicalization and the return of anti-Semitism – can be found in practically any European country.

These two dynamics – the weakening of institutional cooperation within the European framework and the foregrounding of (defensive) identity issues have an evident common ground – they represent the various forms of intolerant closure towards the other, whatever the latter consists of – other States, the “bureaucrats in Brussels”, the political caste, refugees, Romani people, homosexuals, Muslims, and so on and so forth. The growing spread through society of these forms of intolerance as well as their increasing emotional intensity and appeal are alarming signals whose similarity with what happened in Europe before the Second World War cannot but be recognized with great concern.

Optimism and pessimism follows the course of events – the elections in France and the Netherlands fostered a sense of danger escaped. The success of the ultra-right wing party (Alternative für Deutschland) in the recent German election raised new concerns, which have found new fuel in the fact that both winning parties of last March’s Italian election (Five Star movement and the League) have strong anti-EU positions and are about to govern the country.

On the other hand, less attention is being paid to understanding what is happening and why. How is it possible that the dream has been interrupted, the future has disappeared and Europe is teetering on the edge of a precipice?

It is largely accepted that the current scenario of socio-political crisis is a result of the social effect of the Great Recession, prompted by the 2007 US subprime mortgage crisis. From a complementary standpoint, many authors have highlighted the critical impact of the deeper and deeper inequality dividing European societies from within. Yet several convergent considerations lead us to recognize that the current socio-political crisis cannot only be viewed as a direct consequence of the serious worsening of the European societies’ economies and consequently of large segments of people’s living conditions (i.e. unemployment, reduction of public services, personal debt). What people see as the core critical issue to face is not the economic situation in itself, but the broader sentiment of being attacked in their way of life (e.g. values, forms of life, habits and safety).

In short, tangible material factors and subjective, cultural, psycho-social dynamics interact in shaping the current scenario and its evolution. Consider for instance the opposition to inclusive migration policies; indeed, given that it is clearly and widely recognized that these policies bring important economic advantages to the host countries, it is hard to consider the opposition to them to be motivated by economic interests and functional evaluations. The Brexit referendum is another clear example of how people do not make political choices according only to the functional evaluation of their own economic interest – indeed, the economic effect of the UK quitting the EU were impossible to foresee at the time of the referendum, in view of the contingent interplay of a very large set of political, financial and cultural factors.

In the last three years the Re.Cri.Re. project has tried to take a close look at this intertwining, both to provide a deeper understanding of what is happening and why, and to envisage strategies to help build a new deal for the European project.

Re.Cri.Re. (Between the representation of the crisis and the crisis of representation) is a research project carried out by an international consortium of 16 partners (Universities, Research Centres, Agencies) of 12 European countries,  supported by the European Union (in the H2020 framework). The project, which will end shortly, was aimed at analysing the socio-cultural dynamics underpinning the political and institutional crisis crossing the European societies. Re.Cri.Re. has developed 4 research lines, over several European countries: 1) the analysis of the cultural context of crisis; 2) the study of the relation between socio-cultural drivers of the crisis and psychological and economic factors; 3) the analysis of the relation between socio-cultural contexts, media and public opinion; 4) intensive case analyses of the role played by cultural factors in the success/failure of policies (in domains such as the job market, health, education and social cohesion).

From these findings the project has drawn several criteria and suggestions for designing “cultural-oriented” policies aimed at addressing the crisis and rethinking Europe. 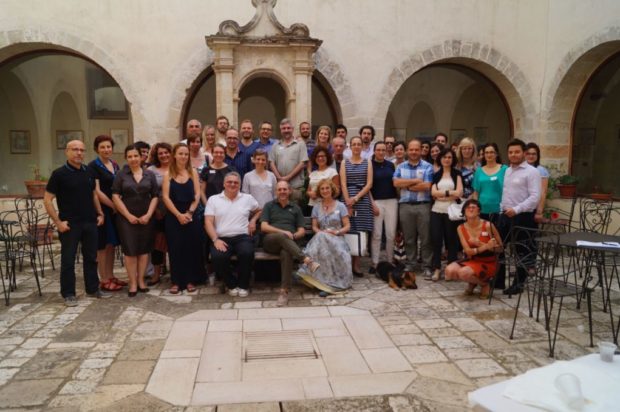 The European Institute of Cultural Analysis for Policy (EICAP; www.eicap.eu) is a spin-off of Re.Cri.Re., designed to carry on, develop and disseminate its outcome and proposals. Accordingly, this column intends to use the main outcome of the Re.Cri.Re. project to frame and promote the discussion on the present and the future of Europe and more in general of Western societies. The balance between universalism and identity that is at the core of the European project is not a matter for technical solution. Surely, empirical based analysis and interpretations are greatly needed; yet they are useful only if they serve to help people to understand, reflect, and design possible desirable futures. We hope the analyses and discussions we will propose from this column will be a small contribution of ideas, vision and desire in this direction.

Why We Need a Deeper Understanding of Today’s Challenges