The end of the start-up era?

I know, this statement seems absurd for someone starting a column on startups. Let’s just say that startups as we know them are becoming obsolete, like many other sectors, they’re being taken over by the crowd.

At least, this is the premise of one of the most revolutionary startups of our times: Hyperloop Transportation Technologies, born out of the intuition of German-born, American entrepreneur Dirk Ahlborn and Italian serial entrepreneur and investor Bibop G. Gresta.

Hyperloop is often defined as the fifth mode of transportation. It is described as a supertrain formed by futuristic capsules, traveling at sonic speed on a thin cushion of air, using magnetic attraction to whiz through nearly airless tubes suspended on earthquake-safe pylons.

How it all started

It began as the brainchild of visionary innovator Elon Musk, founder of Paypal, Tesla and SpaceX among others. In 2013 he published on the SpaceX’s website a White Paper on Hyperloop and encouraged anyone to build it.

That is when Dirk Ahlborn became enamored with the project and decided to go for it. He was also determined to develop Hyperloop the way Musk had envisioned: through Crowdsourcing the world’s most brilliant minds. Thus he issued a call to action on his site JumpStartFund. Right away 100 engineers and scientists from over 20 countries responded giving detailed feedback on the original White Paper.

At this point, Bibop G. Gresta comes into play. Bibop, is a slim, stylish, 40 something Los Angeles-based Italian entrepreneur and investor. Behind his mild-mannered appearance, lies a highly competent and driven individual who co-founded Italian incubator Digital Magics, started over 70 companies, had three successful IPO’s and was involved in many other activities ranging from software development to music producing and acting. His natural storytelling talent gives us a refreshing insight in how a multimillion-dollar project can get started.

Bibop met Dirk at an exclusive Santa Monica gathering of tech entrepreneurs and change-makers. “He approached me and told me, in perfect Italian, that he wanted my help to develop Hyperloop.” Says Bibop, “Initially, the project seemed just unattainable, the technology was super complicated, and he wanted to do it all through Crowdsourcing, honestly it sounded like a pipedream.”

Immediately after, Dirk sent Bibop the project which laid on Bibop’s desk, untouched for about a month. One day he started reading it and, the more he read, the more he became passionate about it: “There were contributions from researchers from SpaceX, Boeing, Tesla, Harvard, MIT…, even a 96 year old scientist who had worked with Einstein. They all wrote their names and phone numbers.” He remembers “They would say: this doesn’t work but take a look at this patent, or they’d give advice on propulsion and other stuff, basically they were providing all the information needed to proceed. So I thought, if it’s a scam it is very well orchestrated, let me call them and check it out.”

Upon very thorough due diligence Bibop realized that Hyperloop was real, so he called Dirk and told him: “Look, you are crazy, but I am crazier then you. This thing can be done and we will do it together, but you need money to do it.” He also needed Bibop’s keen organizational skills: in two weeks they put a plan together, founded Hyperloop Transportation Technology, bought patents, trademarks and so on. From Elon Musk’s vision, Hyperloop, was now turning into an actual startup.

Revolutionizing how startups are built 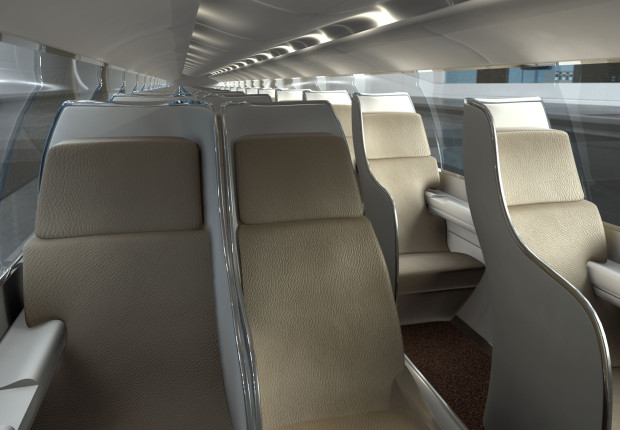 In 2000, Daniel Burrus, one of the world’s leading technology forecasters and business strategists, had predicted how XXI Century global citizens will increasingly cooperate to resolve complex world problems. Hyperloop is leading the way in the practice of Crowdsourcing innovation.

Hyperloop claims that it is completely revolutionizing the concept of how startups are built: it is no more a matter of who raises (and sometimes wastes) the most capital from investors, but who can assemble the best team.

Bibop explains: “To assemble a project of this complexity and size you need the most outstanding scientists in the world. For the first time a startup is bringing together the best scientists on the planet in a Crowdsourcing mechanism. Right now we have 520 researchers and engineers from 42 countries actively working on this project, and almost 20,000 more from the community who are contributing through Crowdstorming.”

Participants are compensated with stock options in exchange of dedicating at least 10 hours a week to Hyperloop. However, Bibop says that compensation is only part of the team’s motivation, “Hyperloop is POWERED BY PASSION, because the passion we are all investing in this project is enormous.”

They also apply this Crowdsourcing method to industry partners. Among them, they drew in German vacuum pioneer, Oerlikon Leybold Vacuum, which developed technology for the  Large Hadron Collider  at CERN, and global engineering design firm Aecom.

Thanks to the crowd, great progress has been achieved in a relatively brief amount of time, and Hyperloop has already secured six orders from around the world and it has accumulated $50 million in assets, without fundraising.

Is italy part of the hyperloop movement?

“We have a good 10% of our staff in or from Italy. Italians are top notch in terms of engineering and design,” Bibop notes, “Not many people know, for example, that one of our tube teams is Italian. An entire Department at the Istituto Europeo di Design is working on the architectural components of Hyperloop’s infrastructure and the capsules’ interiors. We are also adding the students from the University of Pisa and Scuola Superiore Sant’Anna who participated in the SpaceX Hyperloop Pod Competition.”

Among their Italian team members, Bibop mentions Andrea La Mendola: “He came to Los Angeles from Turin to become a movie director and he got in touch with me. Once, I visited him on a movie set and was impressed by the way he was seamlessly managing 80+ people.” He continues: “When I learned that Andrea was an engineer, I asked him if he wanted to coordinate our engineers around the world, he accepted immediately, but it was ultimately the engineers who elected him to be their Head of Global Operations.”

Only time will tell whether Hyperloop will revolutionize transportation,  but the company has already proven that amazing things can happen, fast and well, when you get a large team of exceptional strangers to cooperate.