Created by Marco Martinelli and Ermanna Montanari, it will be performed Jan. 26-28

Monument to Dante Alighieri in Florence

The new stage poetry “fedeli d’Amore” (Love’s loyal) by Marco Martinelli is centered on Ermanna Montanari’s extraordinary vocal research (she was named “2018 Best Italian Actress” for her performance). The Italian and American Playwright Project chose the work, which has been made available by PAJ Publications, and it revolves on Dante and the current day. 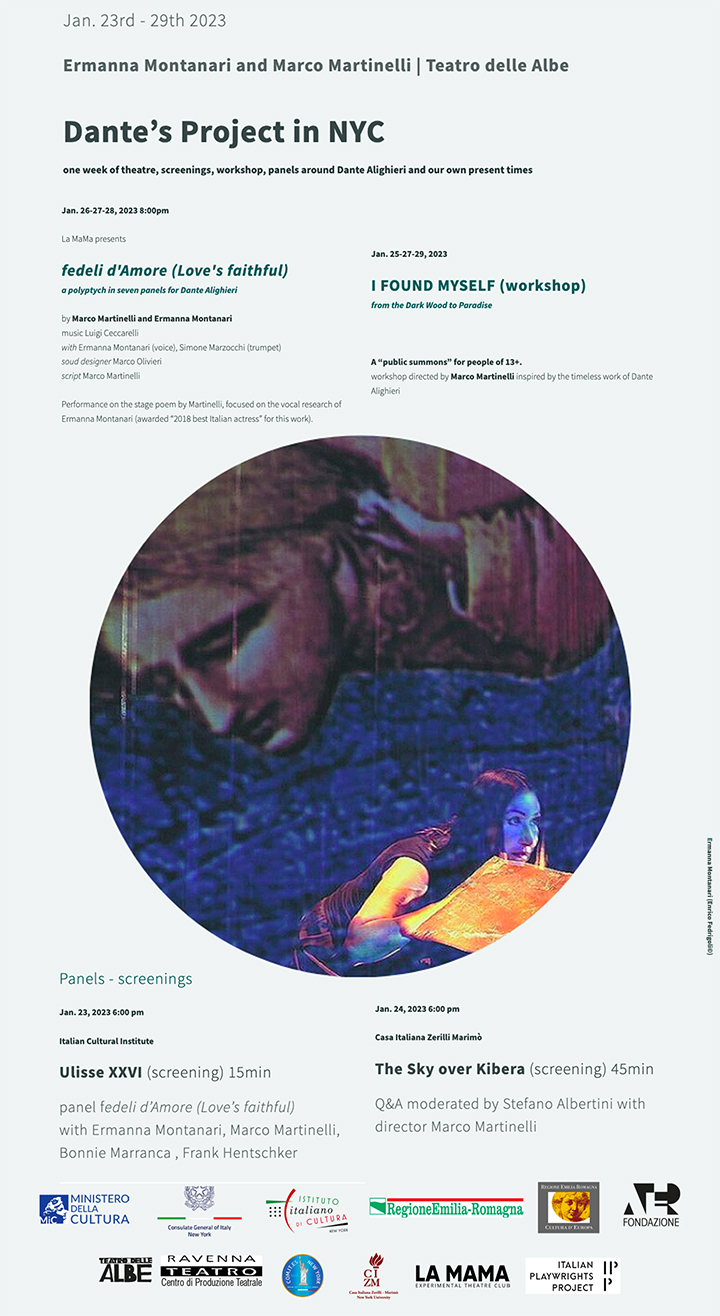 The seven panels feature a variety of voices: the dawn fog of 1321, the demon of the pit where the merchants of death are punished, the poet’s donkey on his last journey, the “scolding” imp who incites fights over money, Italy kicking herself, Antonia – Alighieri’s daughter – and “an end that is not an end.” The poet who fled his own city and is now on his deathbed and exiled in Ravenna speaks to us in these voices, which are those of Montanari.

Dante is evoked while embracing a single salvation in a scenario created by a vocal, sonorous, visual, and dramatic alchemy that may unite the psyche and the world: Love is what causes us to rebel; it is the power that liberates and elevates.

La MaMa will also host a free, three-day workshop, directed by Marco Martinelli for people of any age, with or without theatrical experience, from January 25-29, 2023. The workshop will focus on Dante’s Divine Comedy.

I repubblicani rispondono a Biden: “Inadatto a servire il Paese”