Live screenings from November 1-6, 157 films from 27 countries in 5 accessible cultural gems in the borough of Queens

For the past 12 years the Queens World Film Festival (QWFF) has wowed audiences and participating filmmakers with its power to tell stories from around the world in one of the most diversified corners of New York City: the Borough of Queens, and this year’s edition will not disappoint.

Festival directors, Katha and Dan Cato are like the perfect parents who know when to get out of the way when introducing brave, new and often young filmmakers. Former participant Laura Aguinaga confided, “No one tells you you can be a filmmaker but the Catos make that happen – they are mentors and they make you be seen and heard.”

Last week they kicked off the12th edition of the QWFF that boasts 157 films from 27 nations to be screened over the course of this year’s Live Festival November 1-6. For the first time, the festival will also screen virtually on FilmFestivalFlix.com November 20 to December 4.

What began as a festival that screened independent films in modest venues in Queens such as public school auditoriums, has graduated to screenings at five Queens cultural gems: Flushing Town Hall, The Museum of  the Moving Image, The Local, Kaufman Astoria Studios and the Queens Theatre.

There are 12 categories of films and to plan film viewing, each evening’s tickets cover screening blocks:

The Museum of the Moving Image (MOMI), which hosted the opening this week, buzzed with excitement among newcomers, veterans, Broadway directors, producers and artist/moms who now have time to dedicate to their craft. They mingled and could not hide their joy to be right here at this moment. As one participant said: “Collaboration allows things to happen.” 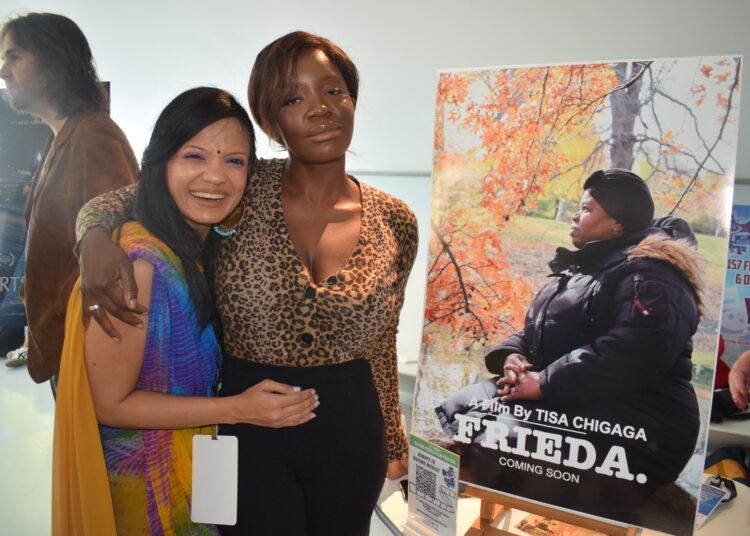 Of the honorees, Cato said: “These are women who reach back and hold the door open for the next person and will always have room at the table for one more.”

From the QWFF, Mad Woman director, Marc Acito, is on his way to Portland, Oregon for the world premiere of his work. Inspired by the songs of genre-fluid indie rocker Storm Large and Charlotte Perkins Gilman’s classic feminist short story, “The Yellow Wallpaper.”

Acito, whose work has appeared on and off-Broadway (Allegiance, Bastard Jones to name two), employed an all-female crew to produce Mad Woman.

He said, “I wanted to show how if you limit the location, expand the imagination, you can produce something affordable,” vs. multi-million-dollar Broadway musicals. 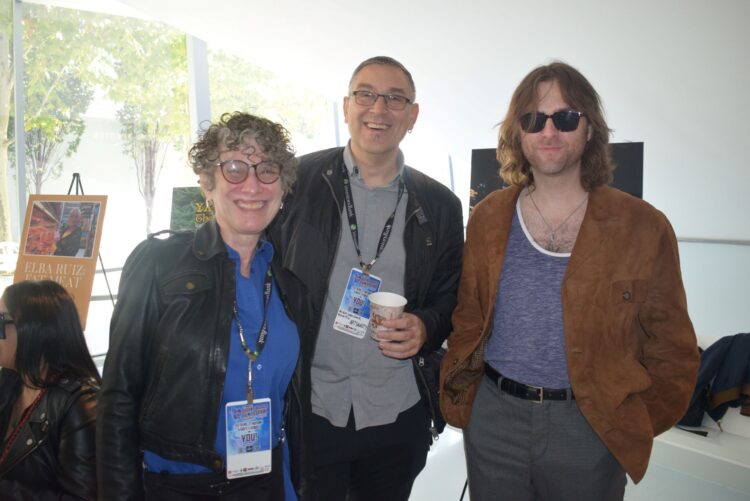 Rachel Koteen, who produced the true crime series, “This Is a Robbery,” which premiered on Netflix in April, 2021, confided it took her seven years to produce. Take the Ice is about 88 women taking a shot at making history in ice hockey: in the film, players come together in the wake of an on-ice accident that leaves their teammate paralyzed.

First-timer Jess Levey made no pretensions about her video — Often We Connect Through Our Words. She was initially inspired by an Insta post from actor Mandy Patinkin and a personal loss. Twenty hours of interviews were fine-tuned as conversation fragments she spliced together with images into a four and a half minute collage that said, “I know you feel how I am feeling.”

Of  QWFF, Honoree Sacramone said: “These filmmakers are now part of a community with champions for life.”