The issues of diversity and inequality at school are top priority in the agenda of NYC Chancellor Richard Carranza during his first year’s mandate. Texan-born and raised Mr. Carranza, a grandson of Mexican immigrants, is bilingual and has always been supportive of NYC school bilingual programs, whose number has increased throughout the five Boroughs since May 2017.

However, the recent appointment of Chief Academic Officer Linda Chen has resulted in the restructuring of the whole Division of English Language Learners and Student Support (DELLS), with the subsequent transfer of a number of experienced multilingual administrators and supporters to different areas of the DOE. According to Ms. Chen, the only objective of dual language education is to help students who are not English native speakers to become English dominant speakers.

The Office of Mayor de Blasio and Chancellor Carranza, however, recently announced the creation of a number of Dual Language Pre-K classes. No mention has been made with regard to the future of the K-12 DL classes, the allocation of adequate funding and the expansion of those programs which are of recent set-up.

NYC Dual Language Programs have always represented an effective way to support students’ cultural heritage within NYC’s diverse multicultural environment. This has been especially important for all those immigrant families who cannot afford to travel regularly to their countries and struggle to reconnect with older family members.

Furthermore, ELLs are not the only ones who take advantage of bilingual programs. Native English speakers who are also part of a DL class, greatly benefit from the daily language and bi-cultural exchange experience at school. A DL program also brings diversity to a school system which is often torn apart by divisions, cultural or social status alike; it lifts barriers, provides and broadens children’s cultural awareness schoolwide.

From the academic point of view, not only do bilingual speakers outperform monolingual students in a whole lot of cognitive and social tasks (e.g. verbal and nonverbal tests and even math), but they also develop a  greater empathy towards the others. The executive function of a bilingual brain develops better and helps delay neurodegenerative diseases such as dementia. Children who grow up bilingual or multilingual are more interested in different cultures, resulting in their developing of more refined social skills and acceptance of others. Bilingualism and multiculturalism build bridges amongst communities and encourage children’s curiosity towards cultures which are distant from theirs. 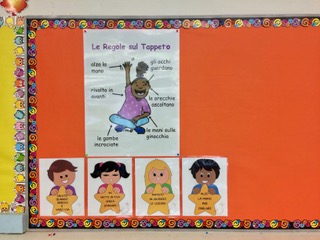 For these reasons InItaliano has started a petition which anyone can sign by clicking this link.

Families that are interested in a bilingual program in K-12 class also have the option to write an email directly to Mr. Carranza: NYCChancellor@schools.nyc.gov.

Italian Language and Culture in Public Schools: The Revolution for Bilingualism