On November 13th, it was confirmed that Long Island City would be 1 of 2 campuses for its proposed Amazon HQ2...

Having spent many years answering questions relating to NYC Real Estate, there are few stories that have garnered as much interest as the deal between the city of New York, and Amazon.com. On November 13, 2018, it was confirmed that Long Island City would be 1 of 2 campuses for its proposed Amazon HQ2. A decision met with a multitude of both positive & negative reaction. On a positive note, those interested in future development in this fast growing mecca. And on the opposite pole; the current residents who have enjoyed relatively reasonable rentals. All good things must come to an end, and it’s clear, this will soon be one of them !

In addition a group of vacillating politicians, who cannot decide which side to lean on, seem to be swayed in the direction and mood of their constituents. But all would agree, Amazon will be taking a huge bite out of the Big Apple.

LIC was formerly a city of its own. Created in 1870 from a merger between the Village of Astoria and the hamlets of Hunters Point, Sunnyside, Dutch Kills and Middleton. At that time, between 12,000 – 15,000 residents inhabited Long Island City.  On July 5, 1870 residents elected AD Delmars, the first Mayor who ran as both a Democrat & Republican (a refreshing thought). LIC continued to exist as an incorporated city until 1898 when all of Queens was annexed to NYC.

Since 1985, the Greater Astoria Historical Society, a non- profit cultural organization, has been preserving the past while promoting the future of the neighborhoods that are part of historic Long Island City.

In 2001 LIC was rezoned from an industrial to a residential neighborhood. The rest is Real Estate history ! With 41 new residential apartment buildings rising, between 2010 – 2017, the transformation has been staggering. The future remains to be seen, but it would be a safe bet to predict an even greater growth in the next several years!

Long Island City was once home to factories & bakeries; with Silvercup Bakery the most fragrant and notable of all. Who has not experienced the wafts of freshly baked bread while crossing the Queensboro Bridge? Now home to Silvercup Studios, the foremost conversion from factory to film making venue and home to hits such as Sex & the City; 30 Rock and many more.

Since the first studio opened in 1983, SS became the largest independent full-service film & TV production facility in the northeast. Located on 22nd St. in LIC, the studio, a former flour silo of Silvercup Bakery is comprised of 13 shooting stages ranging in size from 3 – 18.000 sf and ceiling heights soaring to 36 feet. All facilities offer on-site production space with set, prop & wardrobe storage. In close proximity to Manhattan; vis a vis the Queensboro Bridge; Silvercup Studios has been a major force in filming in NYC with a roster of TV hits (mentioned) & including such blockbusters as, ‘the devil wears prada’, ‘meet the parents’: the list goes on. 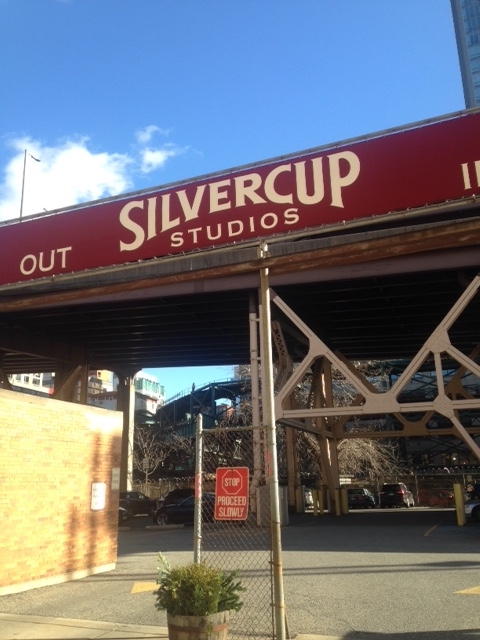 Artist Isamu Noguchi converted a photo-engraving plant into a workshop, now the home of Noguchi Museum, formerly on the site of the Sunshine Bakery and now one of the buildings which houses LaGuardia Community College.

High rise housing is also being built on the iconic Pepsi Cola site. From June 2002 – September 2004, the former Swingline Staplers plant was the temporary headquarters of MoMA.

MoMA PS1, an affiliate of MoMA is the 2nd largest non-profit arts center in the US, named after the former public school in which it is housed.

Citylights on 48th Avenue in Hunters Point, was built as a full-service condop with panoramic waterfront views. However, the 20yr tax abatement, soon coming to an end, will only increase its already high maintenances. Part of this escalation is also due to the buildings land-lease, not good news for current owners, or people making a decision to purchase, in a shrinking affordable housing market.

Diego Salazar, Antique and Restoration Framer, and a preeminent patriarch of Long Island City, first relocated from Bogota, Colombia in the late ’60s.  He has witnessed the evolution of its soaring skyline first hand and recalls vividly the scene then.

In the ’70s the streets were infiltrated with prostitutes, both daytime and after hours, creating a less than desirable, albeit eclectic vibe for those like Diego who called Long Island City home, to his newly established business. It wasn’t until 2000 that these working /walking professionals, found new venues to solicit their business!

Before becoming an independent restorer, Diego’s first location was in the former Crossroads Diner on  48th Ave & 11th St., when his monthly rent was (an unbelievable) $225. A comparable space in today’s market would range between $3000 – 5000 per month.

In 1975 he purchased a 4story mixed use building between Vernon Blvd & Jackson Ave. The lower 2 floors were intended for commercial leasing, and the upper 2 for residential. The purchase price of the building was 59K and in 2000 he sold it for 2M. Not profound by NYC real estate standards, but impressive even in 2000. However, the history of his next purchase gives a glimpse into the escalation of commercial real estate in areas that were known for its industrial landscape.

His current location; Diego Salazar Antique & Restoration Framing, is at 21-25 44th Ave. This 4story building and basement, is a beautifully restored gem, in keeping w new development of soaring buildings popping up on all parcels of vacant land. Aside from his ground floor showroom, he rents to a variety of artisans, architects, artists and photographers on the upper floors. Leases range between $1800 – $6000 for spaces up to 3.000 sf. In 1987 he purchased this rare find for $975.000, and as recently as 2 years ago, was offered 21M.

As experienced through the lens of pioneers such as Diego Salazar, the history of this unique and highly desirable hub, makes Long Island City another extraordinary story to tell, as well as a diverse cityscape to behold. With many more updates, as Amazon unfolds.