The Median Rental Price in April was $2,975. In the meantime, in Miami the combined single family home and condos has approximately doubled

The activity is picking up big time but there is still a huge amount of inventory to be absorbed.

April 2021 saw the largest number of new leases ever recorded, encouraged by the continuous price drops. 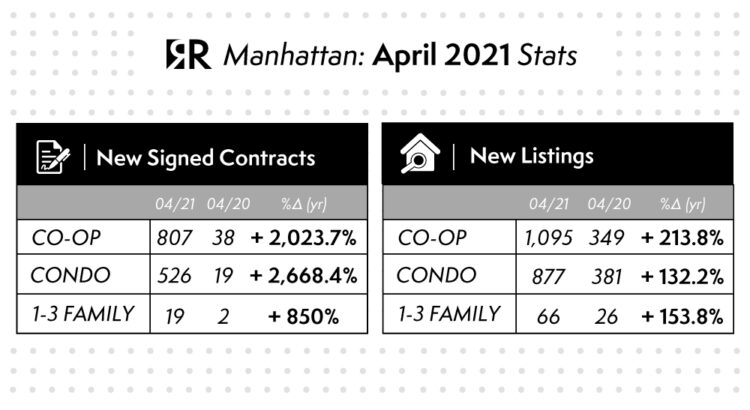 There were9,087 New Lease Signings by the end of April, nearly seven times more than the same period a year ago, reaching the highest total number of new leases and the highest annual rate of growth since 2008. But we need to highlight that April 2020 was the first full month of the pandemic lockdown.

The Median Rental Price was $2,975, down -18.5%from the previous year while the Net Effective Median Rent decreased -21.2%year over year to $2,791, the second-largest decline since the financial crisis.

The percentage of apartments offered with some form of Concession was 48%, up +12.7% from the same period last year. 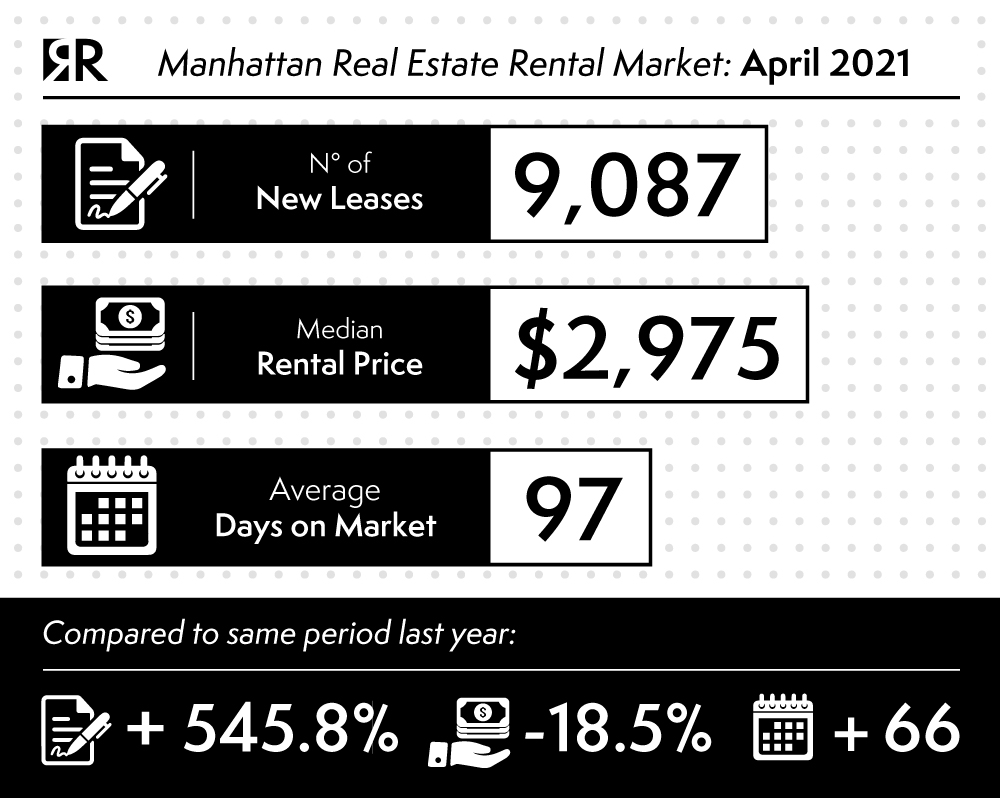 “Single family and condo new signed contracts combined have roughly doubled annually for the third consecutive month. New inventory for single families and condos has increased year over year for the first time in twelve months of tracking as seasonal patterns return.”

Living in Manhattan: What Are the Most Expensive Neighborhoods?