Janice: an Expert in Fashion, in Love With the Italian “Dolce Vita”

The Story of Janice Jaralcie, born in Hong Kong, living in California: "I study Italian for the musicality and the romance of its words"

“I hardly dared to confess my goal to myself, yet it was oppressed by fear, and only when I passed under Porta del Popolo did I know for sure that Rome was mine.” 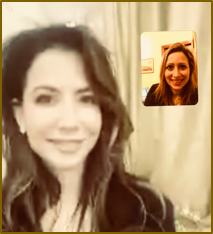 We continue our “Journey to Italy” with Janice, a young woman who studies Italian at the “Dante Alighieri” school in Rome.

Janice was born in Hong Kong but has lived in the United States since the age of 16 when her father, an entrepreneur, moved to California for work and took the family along with him. Janice told us she is in love with the Italian language and with the “Dolce Vita” of our Country. In the following interview, she explains why.

Janice, when and how was your relationship with Italy born?

“My first time in Italy was about ten years ago, when I visited Rome, Milan and Venice with a group of friends. Since that trip, I have returned to these cities almost every year, and once I also visited the beautiful Taormina, in Sicily. During my first visit to the “Bel Paese”, I literally fell in love with Italy, especially Florence and Rome. My desire to study Italian was born a few years ago, when I was younger. Like many other people, I was inspired by the film “La Dolce Vita.” I wanted to learn this romantic and musical language, so last year I decided to undertake a course of study with Rome’s school for foreigners, “Dante Alighieri.” Before that course I knew only one word, “buongiorno”, but now I have achieved a good level of language proficiency (B1). I continue to study Italian even though I journey back to the United States almost every month, before returning to Rome. The course I am attending covers both conversation and Italian grammar, with about 5 hours of instruction each day. I chose Rome’s Dante Alighieri because it has a good reputation, both online and in the United States. I’ve met many people there, and I enjoy preparing for the lessons. The staff and the teachers are very kind and reliable. Classes are small–between five and eight students–which is an atmosphere I really like. Students come from all over the world and there are not many Americans.”

Is your work somehow connected with the study of the Italian language?

“In the past, my profession was related to the production and design of women’s clothing, and it was based primarily in Hong Kong. I really appreciate the style and the quality of Italian clothes; Italians have a unique creativity and are deeply original. But the truth is I’m not in Italy for my work. Right now I am a student and I attend this course for the sheer love of the Italian language. I read Italian magazines and watch movies on TV. There is a TV series I really like called “Gomorra.”  I watch it regularly despite my having to watch it with subtitles, since they speak in a dialect I cannot understand.”

In his Roman stop, speaking of the antiquity of Rome, Goethe maintains that “we cannot understand the present without knowing the past, and to compare one to the other, it would take even more time, and even more calm”. Then in another passage, Goethe speaks of the “strangers” who “come and go from Rome, showing a superficiality when they approach these venerable monuments.” Do you agree with him? And what does antiquity represent for you? 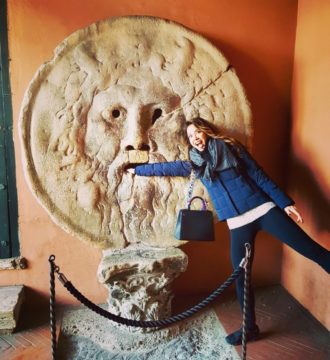 “The superficiality of which Goethe speaks is not only a problem for these strangers but a general problem in humanity, which often fails to appreciate the things it has. In front of the Roman monuments, for example the grandeur of the Sistine Chapel, I personally always feel a great astonishment, despite having lived in skyscrapers in California which were certainly not lacking in their own kind of splendor. It is precisely that touch from the hand of antiquity that leaves the visitor displaced. When I first saw the Colosseum I was truly speechless; one would never see such a thing in the US. My favorite Roman monument though, is the Altare della Patria, which in English is called “Wedding Cake,” as it looks like one.  I learned of its clever nickname from a Roman taxi driver, spoke English very well and regaled me with stories.”

In the Roman stage of his “Journey to Italy” Goethe says that in Rome “you enter a truly great school, wherein one day speaks of so many things, that the mind is not enough to recount them.”

“I love Rome because in this city there is everything, and it “fills” me. I like the people and the food, and I am passionate about the ancient history, so present in all corners of the city. I’ve made friends in Rome, with both Italians and foreigners, and especially with students like myself.  Even so, I sometimes still enjoy going out alone and meeting new people, especially around the bars and the shops of the city.  But one thing I know for sure is that the people I’ve met in Rome will remain forever in my soul, and my friends for life.”

*Thanks to Chloe Donnelly for editing version of the interview.