Abruzzo Wines Show Us a Broader View of the World

Well-crafted food and wine still exist at a reasonable price, we just need to look a little harder

Many New Yorkers who have lived here for at least 20 years mourn for the early days. But I don’t think anyone misses the significant amount of crime, riding the subway in fear, or crack dealers and prostitutes greeting you on every corner… well maybe some people miss that aspect. I miss none of those things. As far as I’m concerned, good riddance to all of it, but I do miss the sense of neighborhood values, a time when people were just happy to make enough money to pay their bills and so there was a generosity –  people would happily give what others needed. As times have changed, with costs going up much faster than wages (and some of the middle class have had their pay just stay the same), it has created a desperation that can be felt across the country – especially considering that we have had one of the most divisive presidential elections in modern US history. 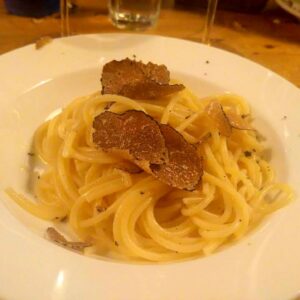 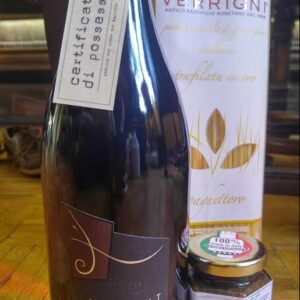 It was nice to see many of the old New York City values evident at a wine lunch that showcased the wines of Abruzzo, Italy, which is the region that has changed the least in Italy, whose economy is largely based on agriculture and animal husbandry. It is considered one of the lesser known visually stunning places in Europe. Many old villages were abandoned and remain largely intact and so the countryside has a wealth of historic sites. Some say Abruzzo has as many castles as it does sheep. Although Piedmont is legendary for its truffles, as well as Barolo, many outsiders do not know that Abruzzo has amazing truffles, a lot more affordably too, which I was lucky to experience at this lunch.

I was able to try wines from La Cascina del Colle and Lunaria from Abruzzo that day. The wines were generous with flavors and gave a sense of a place that was different from any other area in Italy, or the world for that matter. A place that was special, and unfortunately long forgotten. As I tasted some of the samples that I was given, including the Cascina del Colle Montepulciano d’Abruzzo Mammut served with Verrigni “gold standard” Abruzzo pasta and truffle sauce, I sat back and realized the values that I was missing in the world were right in front of my face. There are still many people doing their best to give to those around them, whether it be providing basic food and shelter to their fellow man, or in this case, a transcendent meal that was made with well crafted products.

Before this momentous dinner I was able to open the Lunaria Ramoro Pinot Grigio rosato. Yes, you read correctly, I said a Pinot Grigio rosato, the first I have experienced. It had a gorgeous copper color with an explosion of flavors that were indicative of its biodynamic practices – a wine that was generous to mother earth as well as to the person drinking it.

It is certainly understandable to mourn the loss of a different time and place. But we should not allow ourselves to be so invested in the past that we miss those remarkable people or things that can help to bring light to our lives now. The old New York values still exist; we just need to look a little harder. And exciting, well-crafted food and wine still exist at a reasonable price; we just need to broaden our view of the world.

Most of the Cascina del Colle and Lunaria wines are not yet available on the US market, and hence why only one appears below. But I look forward to seeing them in US retail stores and restaurants soon.

2015 Marramiero “Sessanta Passi” Pecorino, Abruzzo, Italy ($11): “Sessanta Passi” means sixty steps in Italian, and it is the width of the mule-tracks which cross the vineyards of Marramiero in Abruzzo. The price cannot be beat considering the quality. Juicy stone fruit and pretty, spicy nose – a light and refreshing white wine.

2014 Cascina del Colle, Invasione, Montepulciano d’Abruzzo DOC, Abruzzo Italy (2011 available for $30): This is one of the wines that I tasted at the wine lunch that is available on the market. An explosion of cherry and blackberry fruit with dried herbs on the flavorful finish. A rich, generous red wine that gives layers of flavors wrapped up in round, fleshy tannins.

2007 Emidio Pepe Trebbiano Riserva, Trebbiano d’Abruzzo DOC, Abruzzo, Italy ($125): Not all Trebbiano is created equal and the famous Emidio Pepe proved that with not only producing wines with high quality but also known for great ageability. This 2007 is coming into its prime with a beautiful nose that has aromas of orange peel, lilacs and stoney minerality with a great backbone of acidity and a fine finish. A prodigious white wine that deserves a significant amount of time devoted to it alone.