Valerio Ciriaci tells the story of the theatrical empire of Sylvester Zefferino Poli, an Italian who emigrated to America from Tuscany in the late 19th century 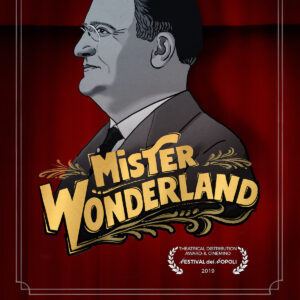 If you are American but not a native, then your forefathers are most likely Europeans who emigrated in search of a better life. Not everyone knows about the story of their origins and ancestors; many here in the US have an Italian last name but they wouldn’t be able to tell you anything about when their great great-grandfathers landed in the New World and it’s not necessarily the case that even if they had been exciting, they would be interesting enough to anyone outside the immediate family environment.

But some stories belong to people who have the ability to become real characters, making those stories the prerogative of everyone and not only of close family members; it’s a real shame that with time these stories fade away till they vanish.

This documentary starts exactly like this: an American with Italian origins finds a mysterious bust in his attic that makes him curious enough to start doing some research.

What he has discovered is not just the story of a great grand-father who emigrated from Italy; it’s almost a saga that loses its private connotation to become everybody’s story of which, unfortunately, we’ve lost the trace and memory.

Luckily Valerio Ciriaci, Italian video maker and founder of the Awen Films in New York City where he lives, stumbled on this story and decided to take it out of the dustbin of oblivion and bring it back to life.

Sylvester Zefferino Poli, a young sculptor who emigrated to the US in 1872 in search of a better life overseas, is a distinct and important Italian abroad: in the US, a country that discriminated against Italians, and sometimes even lynch them in the Southern states, Poli became one of the first Italians admitted in the cultural  and political élite of the rich and productive American North-East, and the greatest theatrical impresario of his time. It’s sad that despite all this, nobody knows anything about him.

Valerio, what are you interested in? What stories catch your attention?

“Among the topics that interest me the most, memory is the first one, meaning the transmission of history: what do we choose to remember and what to forget? Which social and political aspects hide behind this choice and what consequences does it have on the present? 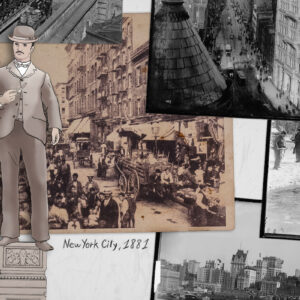 The stories that catch my attention usually ask these questions and the movies I make are an attempt to find possible answers. In fact, telling the story of Sylvester Poli allowed us to cross his biography with a wider tale of the period and to deal with subjects such as immigration, the evolution of mass entertainment and the urban transformation of American cities. This possibility to shift from micro to macro story and to connect Poli’s time with our present, is for sure one of the reasons that pushed me to produce Mr. Wonderland”. 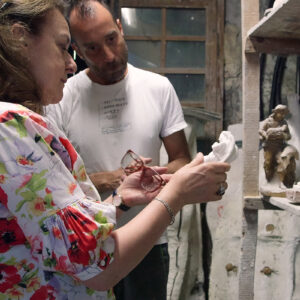 How did you become aware of this story and, considering the time frame covered, how much work did it take in terms of research and production?

“I conceived the idea for Mr. Wonderland in the summer of 2015 while chatting with Luca Peretti – a friend and cinema historian – during a trip to Rome from New York, where I’ve lived and worked for the last eight years. Visiting from New Haven, where he was enrolled in a Ph.D. program at Yale University, Luca told me he had discovered the remarkable true story of an artist from Lucca who had migrated to the United States in the late 1800s and had quickly become one of the greatest theatrical impresarios of his time. His name was Sylvester Zeffirino Poli.

Despite owning an empire of more than thirty theaters and movie houses, the memory of S. Z. Poli has all but disappeared today. His name has vanished from marquee after marquee as his theaters were demolished or converted over the course of the years. When I returned to New York with Luca and producer/cinematographer Isaak Liptzin, we officially began the production of ‘Mister Wonderland’ and set out to retrace this extraordinary person’s steps. The process lasted exactly  four years, until its preview at the Festival dei Popoli in November 2019. It took several trips to shoot in Tuscany and Connecticut, several hours in libraries and museums searching the archives for material, and then a lot of work with the editor Andrea Fumagalli, and motion graphic to bring to life old pictures in order to create, together with Avansguardi company, the animated Sylvester Poli that guides us in the movie”. 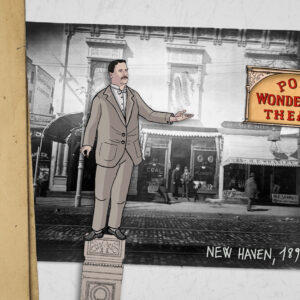 I think it’s sad to see how celebrated and profitable the theater was at the time and how Poli’s entire empire fell into ruin after him. So many theaters abandoned or redeveloped because they were too big to be filled today. What does all this tell us about the current society compared to that one?

“The disappearance of theaters (and not only Poli’s) has been a great loss for the towns in the American North-East. And the exceptional case of the Palace in Waterbury, one of the few  of Poli’s theaters which survived the urban renewal policies in the ’50’s and ’60’s and was restored in 2004, is proof of that. Now the theater attracts a big audience from all over the region to attend shows, musicals, concerts. The reopening of the Palace helped to bring new life to the center of Waterbury and also to all those restaurants, pubs and services that revolve around it. Other towns haven’t been so lucky and over the years they’ve witnessed the demolition of dozens and dozens and dozens of theaters, some with great architectural value, that today would have been of great historical importance. Maybe sixty years ago,  at the beginning of the post-industrial transformation, it was inconceivable to think that those theaters in the downtown areas could one day lure people again. 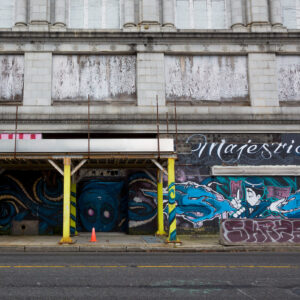 But that’s exactly what’s happening today in the North-East of the US, together with a general going back from the suburbs to the center of towns. That’s mainly because the younger generations would rather work and spend their spare time in a more dynamic urban environment. Unfortunately, without regulations and policies addressed to the public good, this phenomenon usually goes hand in hand with real estate speculation and uncontrolled rent increases. The consequences are pretty visible here in New York, where in many areas gentrification is causing a real housing emergency and the displacement of those who never left their neighborhood (usually the lower classes and minorities). Theaters are not just places for culture but also for gatherings and social relations, crucial for urban life. 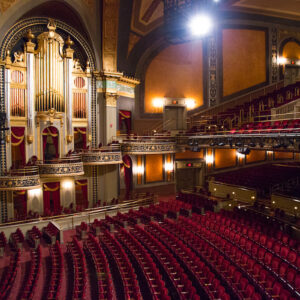 In Italy, especially in Rome where I grew up, it’s common to see people reclaiming abandoned theaters. Starting from the ’90’s, there have been many examples of disused buildings that have brought back to life entire neighborhoods through free – or very affordable – cultural ventures and by offering essential services where absent. Unfortunately, the recent news of the Nuovo Cinema Palazzo’s eviction is the umpteenth proof of a blind administration that doesn’t recognize the importance of these public spaces and prefers instead to take on the role of champion of that private property that has kept the theater shuttered for years because it wasn’t profitable enough.” 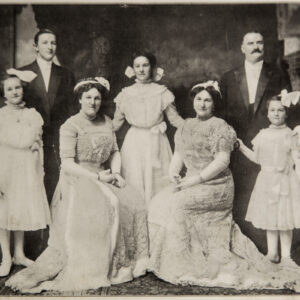 Are you working on other projects, Covid permitting?

“Yes, I’m working on a new documentary on Cristoforo Colombo’s myth in the US. The idea of the project is to cross the recent protests for racial justice – that led to the removal of many statues and monuments, with a narrative of the Italian-American community’s history and how its political identity has changed during the years. We won’t just talk about Colombo as a symbol but we’ll deal with the wider concept of memorialization by visiting iconic places of American history, like Mount Rushmore and Monument Avenue in Richmond, the former capital of the Confederate States. The documentary is still in production and I hope to be able to present it by next year’s Columbus Day”. 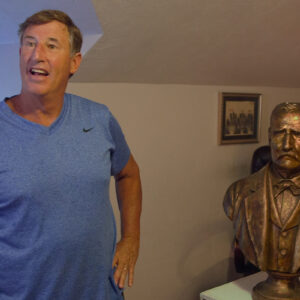 Mr. Wonderland, as Valerio Ciriaci has pointed out, is more than just a story, it’s a historical analysis of topics like immigration and the cultural transformation of a society that not only assisted in the spoiling or the abandonment of crucial cultural spaces in the name of an economic progress that actually caused a cultural involution, as many experts claims today, but has also allowed the whole story to be forgotten to the point that even the heirs have ignored it.

In this sense, I think that Valerio’s goal to keep the memory alive through his work has been marvelously fulfilled. Through careful research, the documentary brings back to light the adventures of an ordinary man who became extraordinary, a man poetically animated with black and white animations, who represented a cultural revolution between two centuries and two continents and who deserves not to be forgotten.

I strongly recommend that you remember to tune in!

Valerio Ciriaci is an Italian filmmaker living in New York. He graduated in 2011 with a major in Communication Sciences from La Sapienza University in Rome and moved to New York City that same year to attend documentary classes at New York Film Academy. In 2012 he founded Awen Films, with which he has directed documentary shorts (Melodico, Treasure – The Story of Marcus Hook, Iom Romì) and series for TV and the web. His first feature, If Only I Were That Warrior, won the Festival dei Popoli’s ‘Imperdibili’ award and the 2016 Italian Golden Globe for best documentary, and was broadcast on national TV in Italy and in Switzerland.

Francis and the “Becciu Case”: the Cardinal Pilloried Could Be the Victim