Milton Glaser died on Friday, his 91st birthday, from a stroke and renal failure. Famed graphic artist, Glaser was born on June 26, 1929, in the Bronx, to immigrant parents from Hungary.  A graduate of Fiorello H. LaGuardia High School of Music & Art and Performing Arts, The Cooper Union and the Accademia di Belle Arti di Bologna, he was the creative force behind the psychedelic 1967 poster of Bob Dylan for Dylan’s “Greatest Hits” album of that year, and his 1968 ad for Olivetti in which he modified a 15th-century painting by Piero di Cosimo. 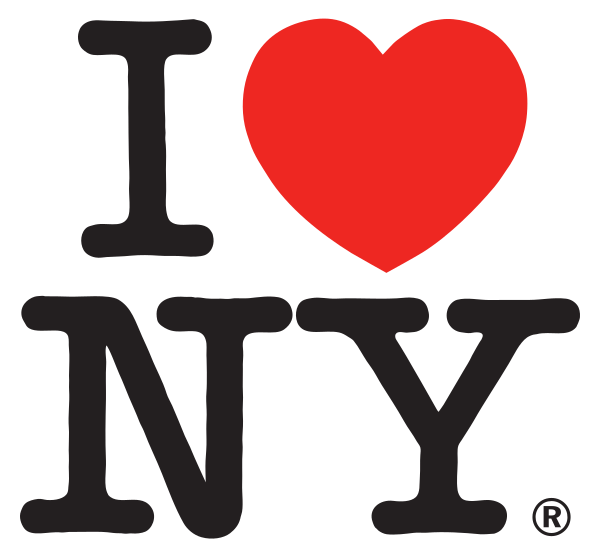 His iconic “I Love NY”  design, which he created in 1977 by hurriedly sketching it on a torn envelope in red crayon during a taxi ride, has been one of the most famous symbols of New York City for over four decades. He did the work pro bono for an ad campaign of that same year to help New York City promote tourism during its fiscal crisis. Following the 9/11 attacks, he created a modified version of the “I Love NY” logo to commemorate the attacks, which read “I Love NY More Than Ever”, with a little black spot on the heart symbolizing the site of the World Trade Center.

Throughout his illustrious and extensive career, he designed publications, posters and architectural designs, such as the logos for DC Comics, Stony Brook University, and Brooklyn Brewery. In 1954, he also co-founded Push Pin Studios, and in 1968 co-founded New York Magazine along with Clay Felker. He was also the 2009 recipient of the prestigious National Medal of the Arts award which was presented to him by President Barack Obama — the first graphic designer to receive this award.

Born and raised in NYC, she has worked extensively in Italy and the US in the fields of international education and cultural tourism. A graduate of Fordham University's Global Executive MBA program, she holds an undergraduate degree from NYU, and graduate degrees from Middlebury College and Baruch College's Marxe School of Public and International Affairs. For La Voce di New York, she is the Special Assignments writer for New York City, Business, Culture & Health.