Irene Paci is a dancer from Pistoia, Tuscany, with the same dream as many other young artists: to make it in New York City.

Irene is almost 24 years old. She left Italy when she was 19 years old, after High School. Even during her childhood Irene was busy non-stop. She started dancing when she was eight years old, but as she got older her dancing started to interfere with her school work. Irene went to a rigorous and selective public school, Liceo Classico Niccolò Forteguerri, where she specialized in Classics: Philosophy, ancient Greek and Latin. As her grades started to suffer because of her busy dance schedule, one of her teachers mentioned that if she wanted to be a dancer, maybe this school wasn’t for her. But for Irene, ambitious as she is, that only gave her an extra incentive. She was determined to complete her education while following her passion as a dancer. Although she had no social life and got up at 5 AM to study, she made it through school. “When I start something, I stick with it”, Irene says. But while it is a difficult dream to become a dancer, Irene says, “thank god I have a passion”. Life is by no means easy as a dancer in New York City, but there is a constant fire in her belly that keeps her on her feet. New York is a city full of people with big dreams who are determined to make them reality. A city of Doers.

Irene’s passion is contemporary dance, which is a little more ‘human’, even though both require an immense amount of work. Compared to classical ballet, contemporary dance is a little more friendly in the way it shapes the body; in classical ballet for example, the dancers have to take on postures that are not natural for the body. Furthermore, contemporary dance is free of excessive codifications and constraints. There isn’t always a literal story line. The dancers are free to portray real people and emotions rather than always only the beautiful princess or prince.

After High School Irene went to the Institut de Formation Professionelle de Dance in Paris, but New York was always her end goal. So “Why NYC?” I ask her, “What makes New York so attractive?” In Europe Irene has her family, her connections, and even the opportunities are just as good there. Irene says that for her it is the attraction of the ‘Unknown’. Still, being far away does make her appreciate home even more. Not just the Italian coffee, but her family, friends, and mostly the ‘campagna’, the countryside. She lives only ten minutes away from the countryside in Italy, while in New York most of her time is spent in a Studio or commuting on the subway.

Her New York life consists of dance rehearsal, Pilates class and shows. She gets up at 6 AM every day to go to her Pilates or Ballet class. Then she goes to rehearsal in Brooklyn, Manhattan or Queens. Irene lives in an apartment in Brooklyn with three roommates. At night she sometimes has a show or goes to see a show, often also those of her friends. Her favorite dance shows are at the Joyce theatre and Bam. There is barely any time for partying and drinking. After finishing the Alvin Ailey dance school Irene went to almost all the auditions listed on the NYC Dance website. Now she is with the Grazia Capri Company, Gwen Rakotovao Company, Cross Move Lab, Bloodline Dance Theatre; is an associate performer with Marie Christine Giordano Dance, and has been a guest artist with Albano Ballet Company of America and the multi-disciplinary group, Artists By Any Other Name. She just got a promising role with the renowned Boston Dance Theatre, but she will only be able to accept it if her Visa application gets approved.

Auditioning is tough, but you get used to it. Irene for example, auditioned for a London dance company and there were about 800 other dancers at the audition. She says once you see how many people there are you don’t care anymore. The pressure is off. You go in, dance, enjoy yourself and then leave, without any expectations. 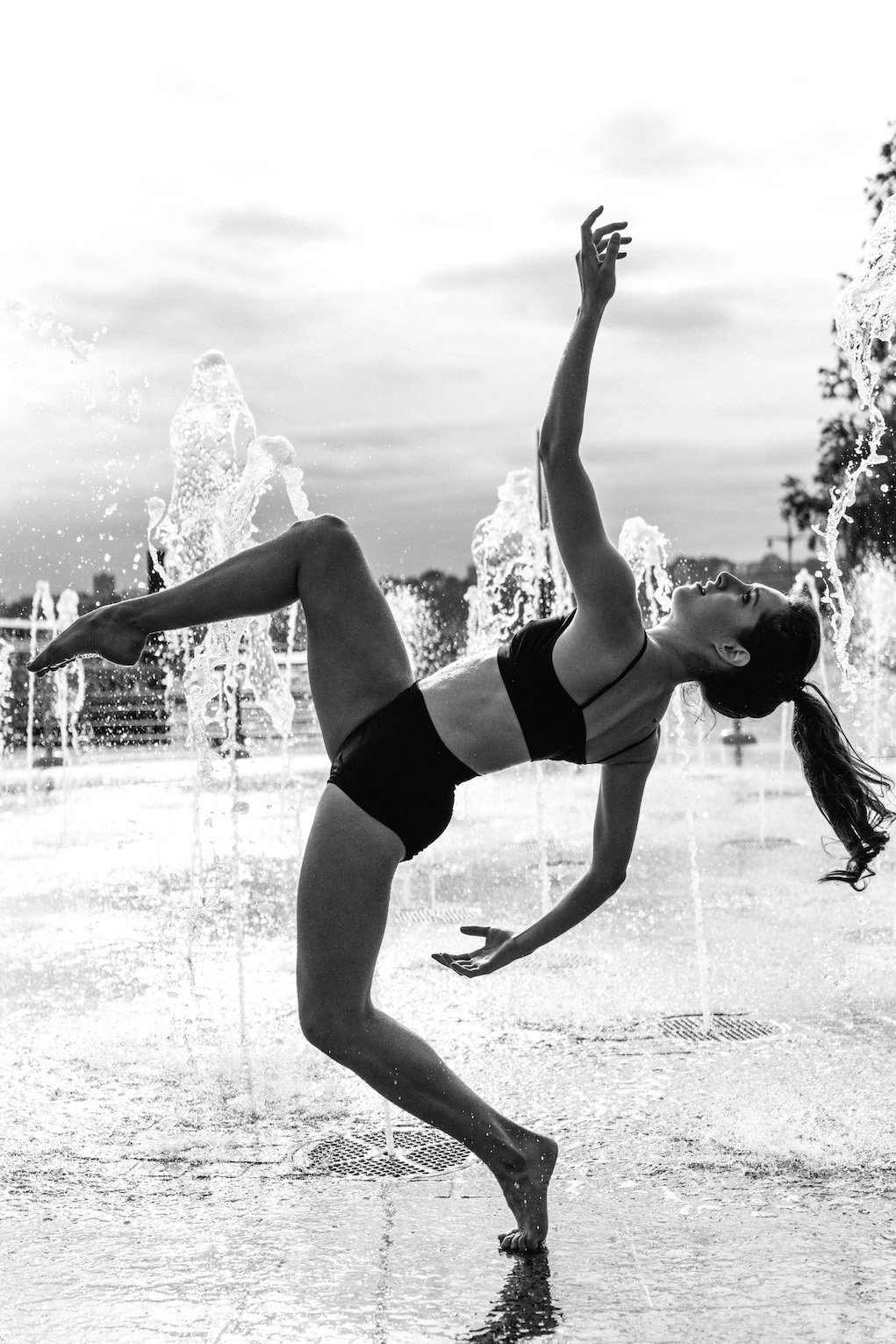 While Irene says that the frantic life in New York is unbelievable (she sometimes even has to schedule hours to sleep into her calendar), her goals and passion remain the same: get the three-year-long Artist Visa, continue building her career in New York City, and enjoy her life with her dancer friends who come from all over the world.

Sometimes when people think about the frantic life in New York it sounds like a nightmare, but the youth, drive and passion of this city gives all of us energy. It is a city full of millennials who have the need to prove themselves, express themselves and make their mark. And in New York, no dream is too big.

Irene is performing in a piece called Terra Firma by Grazia Capri on Sunday, June 23rd, at Dixon Place at 7pm. For more information click here.

Bianca Waechter was born and raised in Vienna, Austria. She came to the US to study drama at NYU Tisch. Since she graduated she has starred in numerous theatre productions as well as films, including “Extraordinary Aliens – The Play” at Casa Zerilli-Marimò and the feature film “Second Thoughts” premiering at Hoboken International Film Festival. https://www.bianca-waechter.com/

“This is Me Eating___”: Challenging Us to Ponder Our Relationship to Food

Fancy Food Is Back in NYC, with Italian Flavors Being Once Again the Protagonists

Versatile Actress Explores Mental Health, Sense of Home and Feminism in Her Art

Adi Schor, Chasing Her Dream all the way from Tel Aviv, Israel, to NYC

Fancy Food Is Back in NYC, with Italian Flavors Being Once Again the Protagonists