At Montclair the Study of Languages Creates Work Opportunities

May 1st, when everyone across the world except the U.S. celebrates Labour Day,  marked an important event at Montclair State, one that would help facilitate job searches for future graduates of this prestigious public university of the Garden State. Numerous business representatives, political figures, professors and alumni attended the launch of the Bachelor of Arts in “Language, Business & Culture,” a reception that highlighted the relevance of the new program and its academic advantages for students. It also provided a networking opportunity to all those in attendance, as well as an occasion to develop new relationships and grow existing ones between the University and the various companies, Embassies and Consulates in attendance. 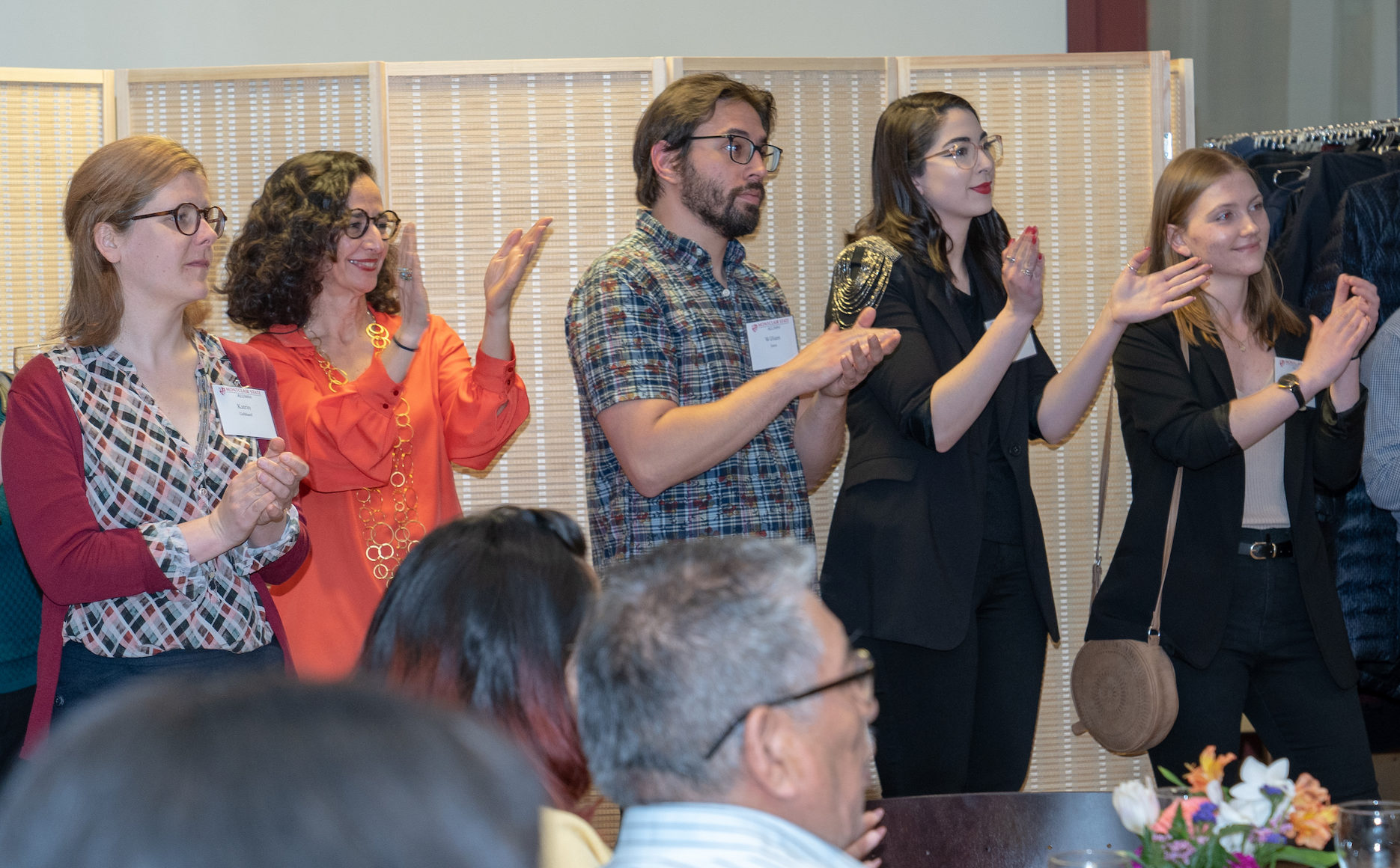 This interdisciplinary degree is a unique major of interest to those wishing to pursue business at an international level, thereby integrating studies in language and culture. The Italian program in particular, thanks to many projects undertaken by the Inserra Chair, has outlined a broad framework of synergies that can be achieved between Montclair State, government agencies and Italian companies operating from Tristate (NJ, NY, CT). This framework could well serve all languages (Arabic, French, Spanish, German) and provide a unique program of study for those wishing to graduate in Language, Business & Culture.

Enjoy an opportunity to network with business leaders, political dignitaries, university partners and alumni; learn about the program and the competitive edge that it will provide students; and hear from University leadership and alumni who are in careers that exemplify the many intersections of language business and culture in the global marketplace.

Students can invest in personal global marketability by selecting this unified program of business fundamentals and a language concentration with a choice of Arabic, French, German, Italian or Spanish.

Prof. Enza Antenos, Program Director of Language, Business & Culture, previously interviewed here, commented: “When seeking out former students to share their stories, I recognized that LBC in reality formalizes in a degree something our language students have already successfully achieved: careers in the global marketplace.” The program’s directed then added: “Our alumni confirmed that they had a competitive edge in their careers because they chose to intersect the study of language and culture with business.”

“When I received Dr. Antenos’ invitation and found out about the new degree program at MSU I felt compelled to respond and show my support – declared Fabrice Jaumont – I had read about so many depressing stories announcing the elimination of language programs in universities across the nation that, for once, I could read about a new initiative filled with excitement and hope. A degree combining business, language, and culture! One that will create bridges between communities and connect students with a world of opportunities. I knew I had to be part of it.”

Alberto Milani President of the Italy America Chamber of Commerce declared: “Diversity and innovation in a global society demands inclusive frameworks. LBC prepares a future generation of managers for a new Renaissance where language, sense of belonging and social support will lead the business.”

“This degree combines the essence of what it takes to succeed in the business environment with deeper skills in language and culture is perfect for what is required for modern businesses – affirmed Greg Cant, Dean of the Feliciano School of Business – Essentially today there are no purely domestic businesses. Everything is at some level global so we will have students prepared for that reality.”

Alexandra Hoffman starred in a dual role at the launch, that of Montclair State alumna and representative for the German American Chamber of Commerce, where she is Manager for Apprenticeship, Career and Education. “The culture of the Chamber is truly unique and my studies were instrumental in order to succeed in this environment – she announced – Students who add a foreign language feature to their international business studies can tap into jobs that may not have been available to them before. With a degree like this, which includes both elements, students are set up for success.”

Advice to students at Montclair State was summed up nicely by alumnus Bobby Nelson, who now is in Business Systems at Casper (a global sleep company). He was the only job candidate in the greater New York area who possessed both a degree in business and German, which cinched the position for him: “Learn a language. It’s not just a language it’s not just how to translate words, it’s a whole different way to see life, a whole different way to live.”

“Jacob Lawrence and the Children of Hiroshima” Exhibit in Washington D.C.