Conference at Consulate in NY: Italians, “Know Your Rights” on Domestic Violence

While in America the black transgender community proactively asks for protection, in Italy there is a legislative vacuum on same-sex couples.

Based on three simple and powerful words, Know Your Rights, this was the first conference on domestic abuse organized at the New York Consulate by the Tri-State Comites in collaboration with the Italian Women USA group, and designed as an informational campaign about rights in a foreign country.

“Know Your Rights” addressed the immense Italian and Italian-American community that lives in New York, New Jersey, Connecticut and Bermuda – almost 90,000 compatriots who live in the land of opportunities.

The meeting was conducted entirely in English in order to reach new and old generations, women and men far from their home country, Italy. In a system completely unknown to them, they could feel doubly isolated, in distress. The meeting was open to everyone, including non-Italians interested in being informed on a topic that affects everyone.

“We are promoting a series of events in order to make the Italian and Italian-American community aware of their rights in New York, and how to access support and assistance. For immigrants, far from their native country and from a familiar system, it is even more difficult to ask for help and know how to protect themselves in the event of domestic abuse. We desire to create an inclusive support network for our own community, in harmony with professionals, associations and institutions of the Tri-State who deal with domestic violence” Claudia Carbone, lawyer and president of the Comites Civil Rights Commission, explained. 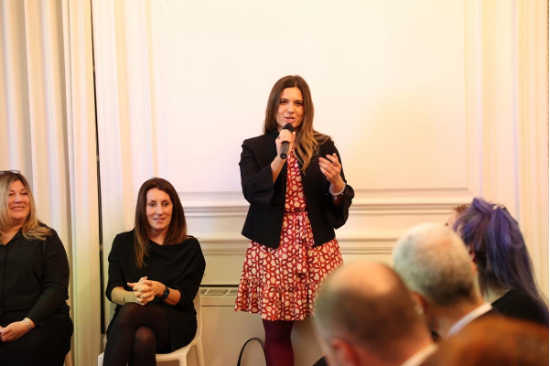 The General Consul, Fabrizio Di Michele, was excited to host such an important meeting at the Consulate, Italy’s institutional headquarters in New York, especially on such an overlooked topic.

Moderated by Doc Dougherty, American actor and victim of domestic abuse throughout his childhood, the event opened with the direct and emotional testimony of the activist for the black transgender community’s rights, Ceyenne Doroshow. “For the black transgender community, the domestic abuse represents a very big problem, especially because we perceive inequality in treatments that often derive from social prejudices and a lot of ignorance” thundered the founder and artistic director of Glits Inc, a nonprofit association dedicated in housing and healthcare access for black transgender people.

Professionally involved in cases of domestic abuse in immigrant families, Judge Gargan and the lawyers explained how often fear for those people who live on America as illegal becomes a dangerous deterrent for reporting the suffered violence. “We never ask for immigration status, or rather, the legal residency permit on America in order not to create an obstacle to the freedom of claims. We do everything to protect the victims, even if the road is still long and complex”.

Physical and psychological violence occurs when the victim is no longer in control of her daily life and “where therapeutic support and sector association become essential”, as highlighted by Wanda Lucibello, vice president of Safe Horizon, a program for victims of violence, Jara Traina, from the Office of Prevention for Domestic Violence of the State of New York, and the Italian therapist based in the United States, Alessandra Sabatini. 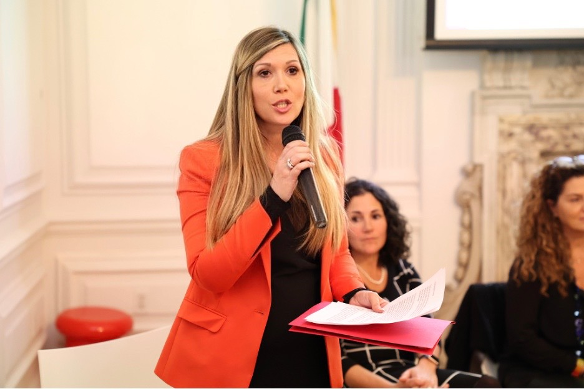 What to do, what to avoid to do, where to go, how to report and who to contact to get out of this shadow of terror?

“Silence on domestic violence should never be an option. We need to talk about it and make people, who are the real victims of abuse in the family, understand that the problem is not only individual, but also social. For this reason, journalism plays a fundamental role in providing the right and correct information” argued tv journalist and former Mediaset personality, Francesca Di Matteo, who has dealt with cases of crime, femicides and domestic violence for over fifteen years.

Di Matteo, who also founded StrategicA Communication, cited shocking data on the high levels of violence and femicide in Italy. Many attendees– especially among the Italian-American and American communities – were unaware of these numbers.

She highlighted two great Italian problems. The first is: “the absence in Italy of data on violence against LGBTQI+ couples, because they are not included in domestic violence statistics, as in the United States or, even worse, because lesbians, gays and transgenders are afraid, due to social, psychological and clinical prejudices, to report the violence suffered by the partner, since they are not fully protected by the referential legislative system”.

“The life of an LGBTQI+ couple or heterosexual and homo-parental family,” the journalist continued, “is not all that different from that of other affective formations, for better or for worse. The problem is still the lack of laws protecting all citizens without any distinction, and Italy is still too traditional in this area”. “If it is extremely important to talk about this great problem that permeates our modern society, it is essential”, Di Matteo remarked, echoed by Alessandro Crocco, the president of the Comites of New York, “to start in the family to educate future generations”.

“We can sit here and describe so many strategies to undertake, but we must start changing our children’s mentality. I am a mother of two boys and I feel an enormous responsibility on my shoulders,” Di Matteo explained. “Indeed, I am teaching my only two-year old son the respect towards women, men and all human beings. And I am doing it right now because violence must never be an option to consider”.

Conference at Consulate in NY: Italians, “Know Your Rights” on Domestic Violence

I repubblicani rispondono a Biden: “Inadatto a servire il Paese”