From the US to Siena, Anthony and the Discovery of Italian Wine Business

Anthony Mascaro came to Siena with a study abroad program, discovered Italian wine and decided to focus on wine business his future

Easter lunch with Anthony's Host mother, Enza Barazzuoli (at the head of the table) and her family. 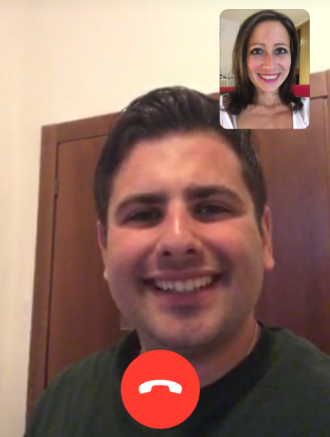 “Life is too short to drink bad wine.”

American universities promote several study abroad programs, which allow students enrolled in degree programs to spend a period of training abroad. Many of these programs take place in Italy for a period which goes from three months to a year. During these months, students increase their knowledge of an Italian city, language and culture of our country, through the study of subjects ranging from art, architecture, history, literature, painting and study of the Italian language. The lessons are held both in English and in Italian. It is during these experiences abroad that some students are able to immerse themselves so much in the context of the host country, to the point of seeing even beyond the mere temporary experience, imagining a future made of relationships, especially in the business field, between their own country of origin and Italy. And, at only 21, they decide that this will be the road they want to follow. As in the case of Anthony Mascaro, who came to Siena with a study abroad program at Buffalo State College, the SUNY Siena Program, which is passionate about wine business and has decided to focus on this profession his future.

Anthony, you recently returned to Italy after a period of study abroad spent last year in Siena. Can you tell us the reasons of your return to Italy?
“Certainly. In summary, what I can say is that I fell in love with the wine business. In the United States I am enrolled in the “Business Administration and Hospitality” course at Buffalo State College and, during my study abroad experience last year in Siena, I had the opportunity to meet some of the fabulous world of wine Italian and I decided that this is the sector on which I want to invest for my professional future, especially with regards to the importation of Italian wine into the United States. I have always had a great passion for the world of wine and, in my past, I have already done some studies in this area. For this reason, I have just returned to Italy, where I will remain until November 2018, with the idea of ​​visiting the wine regions (in particular, Tuscany and Piedmont) and with the primary intention of weaving some important relationships in view of my future work. My period of study abroad in Italy, even if it lasted only three months, has totally changed my life. I feel motivated and full of energy and ready to embark on a journey made of challenges and creativity. Which is the synthesis of the feelings I experienced living in Siena and attending the study abroad SUNY Siena Program of Buffalo State College, which I took part from February to May 2017. For that challenging experience, I would like to deeply thank Daniela Sani Perozzi and Barbara Latini, two professors and respectively the site director and assistant site director of the program, without which this period of study abroad would not have been so precious. Their contribution was fundamental especially because they had the ability to integrate myself and the other students in the real world of Italian language and culture. In this regard, I know that maybe Daniela and Barbara will no longer work for this program and as a student I feel to say something: who manages this program does not really know what is going to lose because there is no SUNY Siena Program without Daniela and Barbara and all that they have created in these years. From my point of view, it will be really difficult to structure a program with the caliber of the previous one. During the period of study in Siena I lived with a very kind host mother, who took care of me. Living in a family for me was a precious experience, which gave me the opportunity to use Italian and to know the everyday life of an Italian family, something that I could never understand if I had lived in the house with other American students. I became aware of this program through a friend of mine who had chosen it a few months before me. At first, I did not want to lose months of study, thus moving away from my graduation day for a few months. But now I can say, with absolute certainty, that I have made one of the most important choices of my life, without which today I would not have the connections and professional ties that I created in the wine sector, in particular in Montalcino, Umbria and Verona. In addition, in these months in Italy I had the opportunity to go in Calabria to visit some of my relatives who live there, since my grandparents were from Calabria, coming from two villages in the province of Cosenza. The biggest problem was the communication with my relatives, which was essentially basic… I can say that there were a lot of “ciao”!”.

Can you explain us why the period of study abroad in Siena has changed your life? Can three months being so important to give direction to our future?
“After having lived on my person the effects of a so well organized study abroad program, I can say without any doubt that yes, they can change and influence the future life of a student. I believe that, at the bottom of everything, there is the challenge of wanting to test oneself, even in sectors that would not properly belong to our nature. I want to give an example on all: the class of “Painting”, painting, which was led by a young, very competent and creative Sienese artist, Marco Caratelli. Marco is famous in the world because he creates reproductions of Sienese art with egg yolk tempera, antique wood and gold backgrounds such as Duccio di Boninsegna, Simone Martini, Sano di Pietro, etc. and has already worked in the USA because, in addition to collaborating with the Buffalo University SUNY Siena Program as an art teacher, in April 2016 he made his first exhibition at the Ward Nasse Gallery – where he returned in 2017 – and, a few months later , another performance at Jackson Hole, in Wayoming. In December 2016, then, he had a commission from the Saint Paul Church of San Francisco in Noe Valley for the realization of two works to be placed at the entrance of a chapel. In Siena he has had an art studio since 2010 and has also collaborated with licensed guides of the National Gallery of London and Art History Abroad to realize specific workshops on the ancient technique he uses, which can be seeing on his website. Marco has pulled out of my person a passion for art that I did not think I had, with the delicacy and respect for the times of creativity that only a true artist can have. And I can say that when it came to designing and reproducing a landscape or a work of art in the classroom I was certainly not the best studentt. I still remember that time that Mark led us to reproduce a church, outside Porta Romana, in Siena. At the beginning of the lesson I felt a bit out of place, but Marco came to me and told me to do what I could do, that the artists must respect their times and enjoy the work they are doing and that I could continue in another moment, if not that day I had not been able to carry out my task. That invitation to use calm in the face of a challenge is a valuable advice that I will forever carry with me and that will serve as a stimulus when in life I will face situations that will put me in a trouble. I was feeling so good that day that I found it hard to go back home. In addition, Marco has helped me to improve my skills in painting, reproduction of works and monuments as well as having transmitted important notions of art history, drawing techniques and painting”.

Apart from your artistic experience, during the period of study abroad did you have other experiences that have enriched you?
“During the three months in Siena I took four courses in all: painting, Italian language, art and architecture and a course called “wine essentials”. In addition to these courses, I took part in numerous trips organized as part of the SUNY Siena Program. The Italian course “ITA 201/202”, of intermediate level, was held by Daniela Sani Perozzi who, as I have already said, was also the site director of the SUNY program. Also in this case, the basic situation was that I did not have a prior knowledge of Italian, as well as the other girl who followed the course, but our teacher was able to create a path suitable for us and our linguistic needs and not what the book said we should learn. We have learned several words related mainly to daily life, home, travel, directions and some verbs and expressions useful for a basic conversation in Italian. Another program that I followed was that of “Art and Architecture” and my teacher was Barbara Latini, who gave us a very broad and interesting overview of the history of art and Italian literature, going through the Middle Ages, the Renaissance; he also made us visit works and monuments in Siena, such as the Duomo of Siena, and we also talked about monuments in other Italian cities, such as the Fontana Maggiore in Perugia, which I went to visit independently because of the curiosity and the desire to learn that they grew up in me following Barbara’s course. The other course I followed was called, as I said, “Wine Essentials” and the teacher was Alessandra Panunti. The course focused mainly on the study of Italian wine, starting from the ways in which the different types of wine are created and studying viticulture. We learned how to taste, how we smell a wine, how we understand the value of a wine and how we produce the various types of wine (white, red, rosé, etc.) and the different types of grapes. In particular, we focused on Tuscan, Umbrian, Sicilian and Campania wines, but we also studied wines from the Marche, Veneto, Valle d’Aosta and Emilia Romagna. This was my favorite class, in an absolute sense, according to which are my personal and professional interests. And, as I said, this class has opened a path for my professional future characterized by a fascinating work with an international dimension, considering also that French and Californian wines, in recent years, have become economically less accessible and therefore the choice of Italian product is certainly more inviting for quality wine lovers”.

In Latest Count, 7.8 mag Earthquake Kills More than 1,500 in Turkey and Syria

Beyoncé Makes History at Grammy’s but Suffers Another Disappointment