Trump Rewrote History with Kim Jong Un, but the Liberal Media will Never Admit It

The Singapore summit shows how President Donald Trump created a geopolitical miracle, despite having the elitists against him

They offended each other constantly. Threatened, mocked and chastised one another for months, but ended up sitting around a table in Singapore for a meeting intended to enter history books.

That said, it seems like a story with a happy ending to feed the media around the world, but we know that if the two around a table are Donald Trump and Kim Jong Un, hardly one media outlet will be generous in their comparisons. But let’s go step by step.

This historic summit, arriving after months of a high risk for nuclear war, seals a success that could, or should, hold Trump a Nobel Peace Prize (even if this prize has lost almost every value, after being given to Obama for no real accomplishment) and allow Kim a re-admission on the international circuit. But we know well that, even in this case, all this will hardly happen.

But Singapore, although bilateral summits between the American and North Korean delegations are still technically ongoing, is already a success for a number of reasons. First of all, because it happened, which was not guaranteed. And then because it provides, methodologically, a way to start dialogues involving all crises bound to present themselves on the table of the US President in the near future including Iran, Venezuela, potentially the European Union because of the new tariffs and in all probability China with the new market roles made by Trump’s administration, the Asian giant is losing billions from its best customer in the world.

What is written in the document that Trump and Kim have signed? Not much some would say unless you consider the facts. The agreement outlines new diplomatic relations between the two countries, conditions to foster a serious and lasting peace on the Korean peninsula like efforts from the U.S. to provide assistance and security to both North and South Korea, the return of the bodies of fallen American soldiers in the Korean War and above all the complete and absolute denuclearization of the Pyongyang regime. 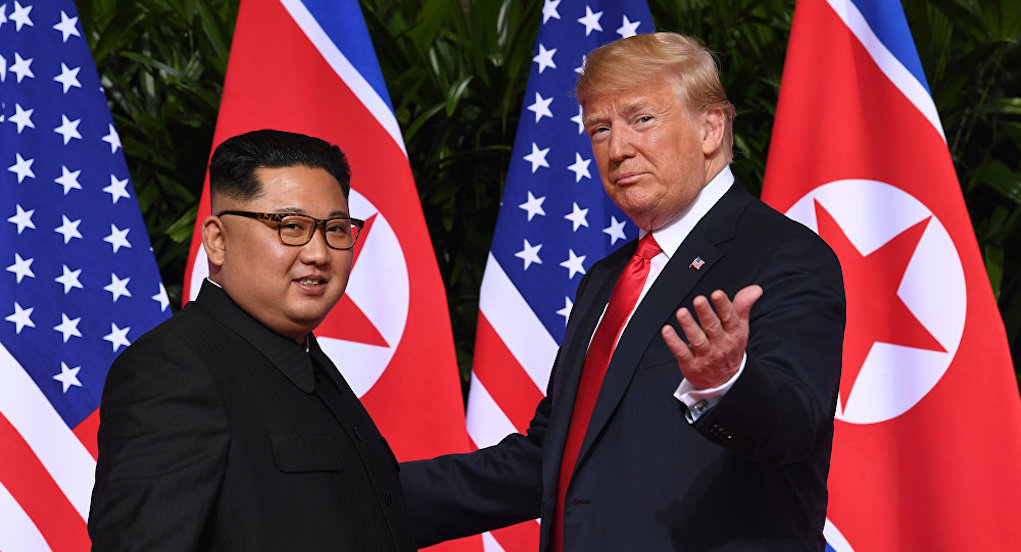 I would say that it hasn’t been since the day when Reagan and Gorbachev met in Iceland, thirty-three years ago, that the world has taken similar steps toward peace and that America played such an absolute leading role on the international chessboard.

But here we are talking about Trump, even more than Kim and according to Western media, we cannot toast and celebrate something like this that will enter the history books. Even if they called him deplorable, incomprehensible, racist, bigoted and so on and so forth, we can now say in all frankness “well, he actually made a true diplomatic masterpiece.”

It’s better to think of Robert De Niro, at the Tony Awards, in front of the world he said “Fuck Trump.” He received a standing ovation from the multi-billion dollar actors, politically correct artists, starlets and dancers who have made it a lifestyle to hate Trump, as well as a great business; better yet, think of all those “Trump scandals” artfully created since the 2016 election that have been hammered into millions of Americans each day and then, always in the end disappear in thin air like soap bubbles. And finally Oprah. If she will really run in the 2020 election, maybe on a ticket with De Niro, the Democrats can finally be hated and erased by the American people. Not likely, since the way this America is turning, it could be the ideal candidacy.

Personally, having never concealed my support for Trump, I rejoice. But you do not have to be a Trumpian or a conservative to realize that yesterday in Singapore, something great was achieved and that he, the most hated man from liberals all around the world, has accomplished a geopolitical miracle. You do not even have to be a genius to understand that bringing Kim Jong Un to the diplomatic table, without even enacting military, much less using a bomber, an aircraft carrier or a nuclear warhead, is unbelievable. But nobody will say it. Ok, patience, no problem.

History will tell us what will happen to this agreement. In the past, North Korea had made similar commitments, without ever respecting them. Nothing precludes that even this time it can end all in failure, we will see. Trump says he is confident and, and for it matters, I am as well.

But one thing is certain: Liberals can scream all they want, Hollywood can say fuck our President, Stockholm will never give him a Nobel Prize that he easily deserves (by the way, are we sure he really cares about that prize?) and the elites they can continue to snub him. No problem, everything is fine.

Yesterday, history was rewritten in Singapore thanks mainly to Donald Trump. This is all that matters.