A Movie about Mother Cabrini: the Nun Who is the Symbol for Immigration in NY

In 2022 the movie about the first American saint. The director Alejandro Monteverde worked on the project with the executive producer Eustace Wolfington

Mother Francesca Cabrini was an Italian-American nun, a symbol of immigration rights and missionary work for the city of New York. After moving to the country at 39 years of age, by order of the pope, Mother Cabrini fought from 1889 up to her death, which took place in 1917, for immigrants all around the world, building 67 hospitals, orphanages and schools.

The relevance of Mother Cabrini for the citizens of New York was recognized back in 2019, when the city’s authorities decided to dedicate a statue to the saint in Battery Park, with a view on Ellis Island and the ocean, from where Italian immigrants arrived in the early 1900’s. The decision was made because of a poll whose aim was to choose some notable women to whom  the city would erect statues. At that time, as a matter of fact, only 5 monuments to women existed in New York, while 150 of them represented male figures.

The story of this woman, who influenced millions of people during and after her life, will be told in a movie, which is expected to come out towards the end of 2022. Eustace Wolfington, a successful businessman from Pennsylvania, has taken over the role of executive producer for the movie, driven by the values we will tell you about in the next few weeks.

On Wednesday evening, Wolfington and the rest of the team organized an event for a few potential donors, to whom a few segments of the movie, which is still in production, were shown, and the story of Mother Cabrini was told.

The director of the movie is Alejandro Monteverde, winner of the Toronto Film Festival in 2006 with the movie Bella. Many successful actors took part in the project, such as Cristiana Dell’Anna, an Italian actress famous for the series Gomorrah, who interpreted the main character, and Virginia Bocelli, daughter of the Italian singer. Other actors who starred in the movie are also internationally renowned, like John Lithgow, who is famous for his role as Winston Churchill in The Crown. According to Wolfington, even the atheists among the actors that we will see in Cabrini felt a strong connection to the main character and the theme of the biopic. 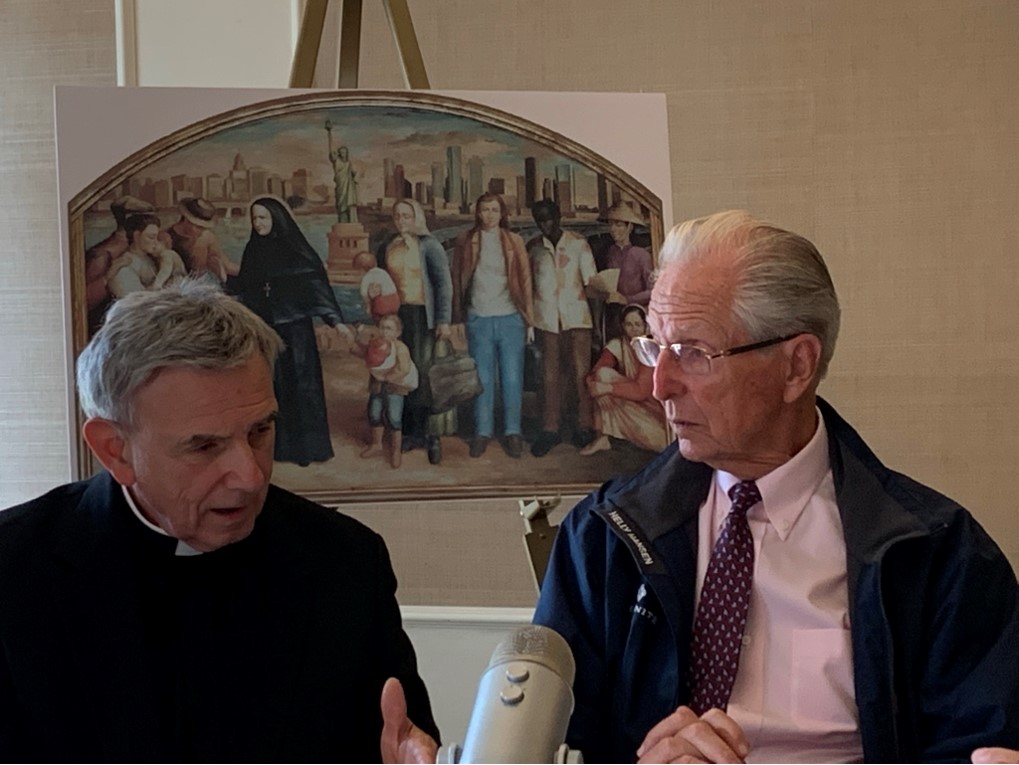 Wolfington highlighted his decision to not make Cabrini’s story into the typical “Christian movie”. “We decided to write a movie about a woman who happens to be a nun,” said Wolfington. “Making Frances Cabrini executive producer of the movie helped us to instill passion for the character into the actors and the crew.”

The film will be distributed on streaming services, since that will facilitate the distribution and make it more profitable. Mr. Wolfington transformed the project into a not-for-profit organization in order to allow all of the profits to be given out to charity. This way, the initiative remained consistent with the values of Mother Cabrini, who lived her whole life donating as much as she could to the needy.

The goal is to collect $40 million dollars, and the fundraiser just began collecting money in the city of New York. Anyone who chooses to provide funds for the post-production and marketing of the movie will be able to choose a cause, to which to donate the profits.

During the screening of some of the scenes in the movie, at the presentation in the Athletic Club of New York, many potential donors became emotional, and some even teared up, because of the strength of the movie’s message, and the inspiration that Wolfington found in Cabrini.

“I am a woman, I am Italian, and I am tired of little men like you, who are unable to see we are all human beings,” is one of the lines spoken by Dell’Anna, playing Cabrini, in the movie trailer. “The world is too small for what I intend to do.”